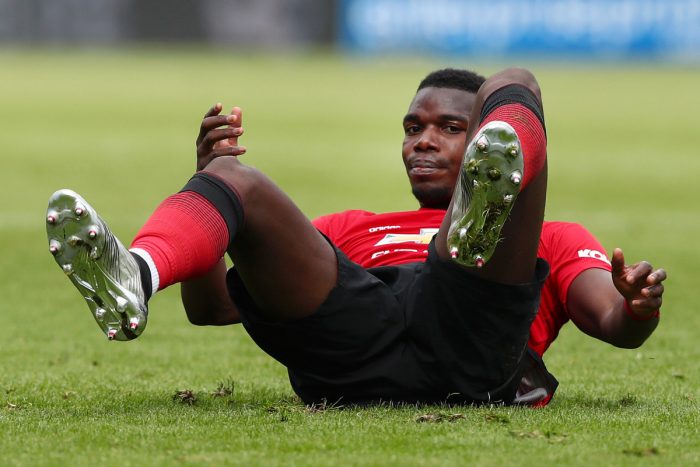 Zinedine Zidane wants to sign the France star before the LaLiga transfer window closes on September 2.

Martin Lipton has his say on Man United's transfer policy

Pogba missed United’s final pre-season game against AC Milan on Saturday with a minor back problem, but featured in a Red Devils XI against Blackburn Under-23s the following day.

The Times claim Old Trafford chiefs turned down Real Madrid’s first offer for Pogba over the weekend, which included Colombia playmaker James in a player-plus-cash deal.

Despite Pogba admitting ‘it could be time for a new challenge’ in June, United boss Ole Gunnar Solskjaer has ‘no doubts’ the midfielder will remain at Old Trafford.

The Norwegian expects Pogba to be fit for the club’s opening Premier League game against Chelsea this week.

He said: “It’s not an injury, it’s just some pain. I spoke to him after training and he didn’t feel right.


Kyle Walker jokes ‘all that Kyling paid off' after spectacular clearance


Man United transfer news: All the ins and outs at Old Trafford in summer window


Liverpool transfer news: 2019 summer deals – all the ins and outs at Anfield


Arsenal transfer news: 2019 summer deals – all the ins and outs at the Emirates


What time does the transfer window shut THIS WEEK? Premier League and EFL info

“I wasn’t going to risk anything this weekend. He’ll probably be back early on next week training.

“He should be okay for Chelsea.”

Real’s opening bid for Pogba could suggest they do not have the funds to sign the former Juventus ace.

The Spanish giants have failed to offload unwanted winger Gareth Bale, who earns £600,000-a-week, after his move to China collapsed last month.

Saturday is GameDay on talkSPORT and talkSPORT 2 as we become your go to destination for all the Premier League action. We’ll bring you LIVE commentary of Premier League games across all three time slots on Saturday – 12.30pm, 3pm and 5.30pm – delivering award-winning coverage to more GameDay listeners than ever.