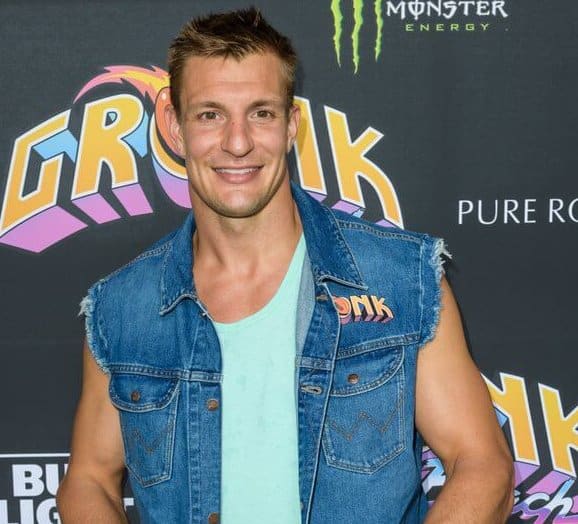 After much speculation, Rob Gronkowski is officially set to join WWE (per Ryan Satin of WWE Backstage) and could be debuting for the company sooner rather than later.

It was teased on Tuesday’s WWE Backstage that Gronk could appear as early as the March 20th edition of SmackDown. Considering WrestleMania 36 is right around the corner, it’s safe to assume he’ll make his presence felt at the event in some capacity.

Who Will Gronk First Fight in WWE?

It should be noted that it was never explicitly said that Gronk would be wrestling for WWE, especially since there hasn’t been any indication that he’s been training at the Performance Center or anywhere else before now. He could very well be brought in to be an analyst (a la Pat McAfee), but the company wouldn’t be properly capitalizing on whatever buzz he has left from football in that role.

If Gronk is destined to be a WWE Superstar, WrestleMania would be a fitting place for him to have his first match. Odds suggest that several stars are in the running to be his opponent at the event.

Although Cesaro is far from being at the top of the totem pole in WWE, he’s a popular choice to face Gronkowski because of his track record of making all of his opponents look great. He’d be the perfect person for Gronk to learn from, not to mention that The Swiss Cyborg would score some sweet mainstream attention out of it.

It helps that Cesaro is currently slotted on the SmackDown roster, where Gronk is expected to land, so there’s a decent chance this match actually comes to fruition at some point.

Robert Roode and Dolph Ziggler are in that same category of Superstars who are floundering right now and could be easy punching bags for Gronk. They too find themselves on SmackDown, and unless they compete for the SmackDown Tag Team Championship at WrestleMania, an angle or impromptu matchup with Gronk might not be out of the question.

The best bet, however, would be Mojo Rawley, who Gronk obviously has history with from years ago. The two have long been close and Gronk even aided Rawley in winning the Andre the Giant Memorial Battle Royal at WrestleMania 33.

Rawley has been booked as a pest heel on Raw for months, and even though he’s no longer in possession of the 24/7 Championship, it would make perfect sense for him to be Gronk’s first foe inside of a WWE ring.

Other options include Sheamus, Jinder Mahal, Riddick Moss and King Corbin, who would all be fine opponents for Gronk in his premiere outing. Sheamus and Corbin would likely run through the three-time Super Bowl champion with ease, whereas Moss and Mahal could take a beating from Gronk and fans wouldn’t think twice about it.

Moss is the reigning 24/7 champion, and seeing as how Gronk clearly had his sights set on the title while interacting with the WWE talent on FOX’s New Year’s Eve special, that could be what he winds up winning at WrestleMania.

Mahal would be an even likelier opponent given his interaction with Gronk at WrestleMania 33. Their bad blood was never resolved, so once Mahal is cleared to compete again, he could be brought back to put him over and establish him as (somewhat) credible from the get-go.

Speaking of Gronk holding gold, fans are also starting to speculate if we’ll soon be seeing him in contention for a championship.

The chances of Gronkowski getting physical at WrestleMania are high, but if WWE was smart, he won’t be anywhere near a championship at any point in the foreseeable future. Needless to say, he isn’t remotely close to being at that level yet and fans recognize that.

Evidently, a run as WWE or Universal champion is completely ludicrous, but a run as Intercontinental or United States champion is a bit more believable. Even then, Gronk isn’t ready for that type of spotlight yet and should be booked as an attraction for the time being that only appears and competes every so often.

In the meantime, it’ll be interesting to see what WWE has in store for the former New England Patriot on SmackDown and how he’ll fare inside the squared circle compared to the gridiron.