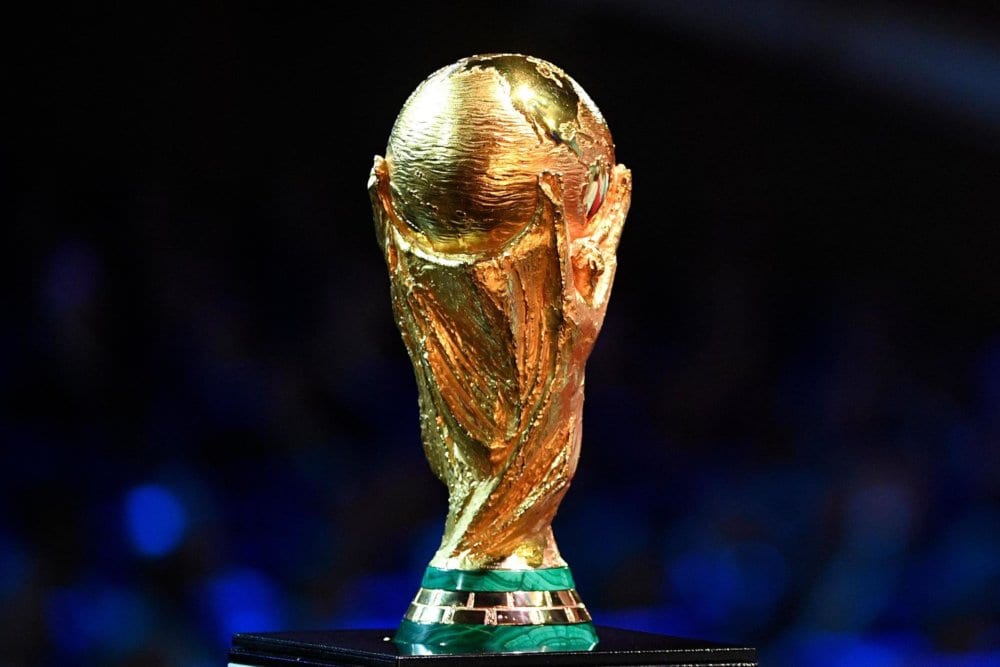 As the World Cup 2018 betting gets into full swing it's important to have your free bets and betting odds sorted. Here at sportingways.com we can provide you with the best bookmaker free bets for the World Cup before and during the tournament. We provide football betting tips and exclusive bookmaker promotions to help you win that bit more.

When it comes to World Cup 2018 free bets it's best to choose the ones from the best bookmakers and we partners only with such bookies. There's literally £1,000's in free bets to claim from bookmakers in the UK and if you are Rest of World, located from sportsbooks offshore.

With the World Cup 2018 Russia just less than a 10 days away, bookmakers are on a over-drive as far as World Cup 2018 predictions for the sport's premier tournament go. The most keenly followed predictor is the Soccerbot model developed by applied mathematician David Sumpter.

The Sumpter model takes into account team and player performance data and other key metrics in arriving at future predictions of matches. According to the model, Germany and Brazil (4/1) lead the odds to lift the World Cup with the former being the stronger contender of the two at 7/2. Last World Cup's runner-up Argentina ranks 5th on the odds-list with 13/2. France and Spain take the 3rd & 4th slot with identical odds of 6/1. 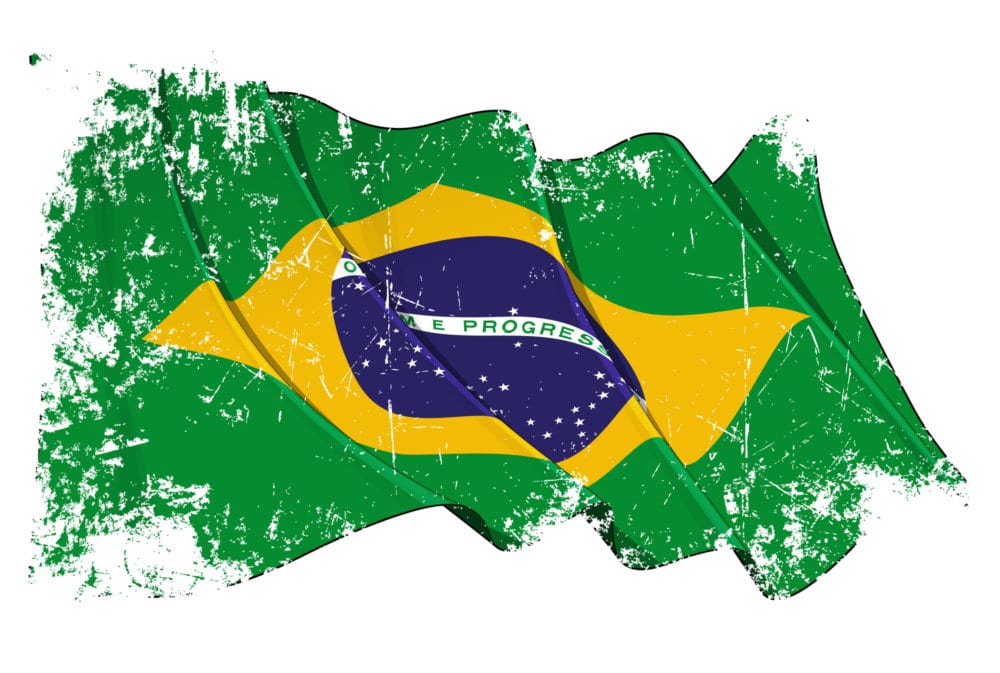 Apart from the 1970 post-Pele phase, Brazil have won the coveted trophy in 1994 and 2002. After the Japan 2002 World Cup, the 5-time Champions have very little to show, having being knocked out in the quarter-final stages in 2006 and 2010 and suffering humiliating home defeats to Germany (1-7) in the semi-finals and 0-3 to Netherlands in the 3rd place play-offs in the 2014 version. The presence of the pricey Neymar and names that have been doing well in European soccer like Liverpool's Firmino, Manchester City's Gabriel Jesus, Barcelona's Coutinho and Real Madrid's Marcello seem to be giving predictors a lot of confidence. Add to that is Brazil’s emphatic entry into the World Cup from the South American zone qualifications.

Argentina, by comparison, had to struggle to qualify from the same zone and it was only Lionel Messi's brilliant hat-trick in a vital 0-3 win against Ecuador away in cold Quito that saved the Albiceleste from a humiliating World Cup exclusion. Apart from Brazil 2014 where they emerged runners-up, the South Americans had to exit in the knock-out rounds in all previous five tournaments. This follows the 1986 and 1990 World Cups where they won one and reached the finals in the another in the era of Diego Maradona.

The 0-4 drubbing at the hands of a youthful German side in the Round of 8 stage in the 2010 South Africa World Cup was particularly hurting, for the Argentines had with them players like Messi, Carlos Tevez and Gonzalo Higuain in full form. Yet, the two-time champions will be among the favorites in Russia thanks to the presence of Messi & co. But the South Americans could be made to really sweat in a Group that also has highly under-rated sides like Croatia, Iceland and Nigeria. 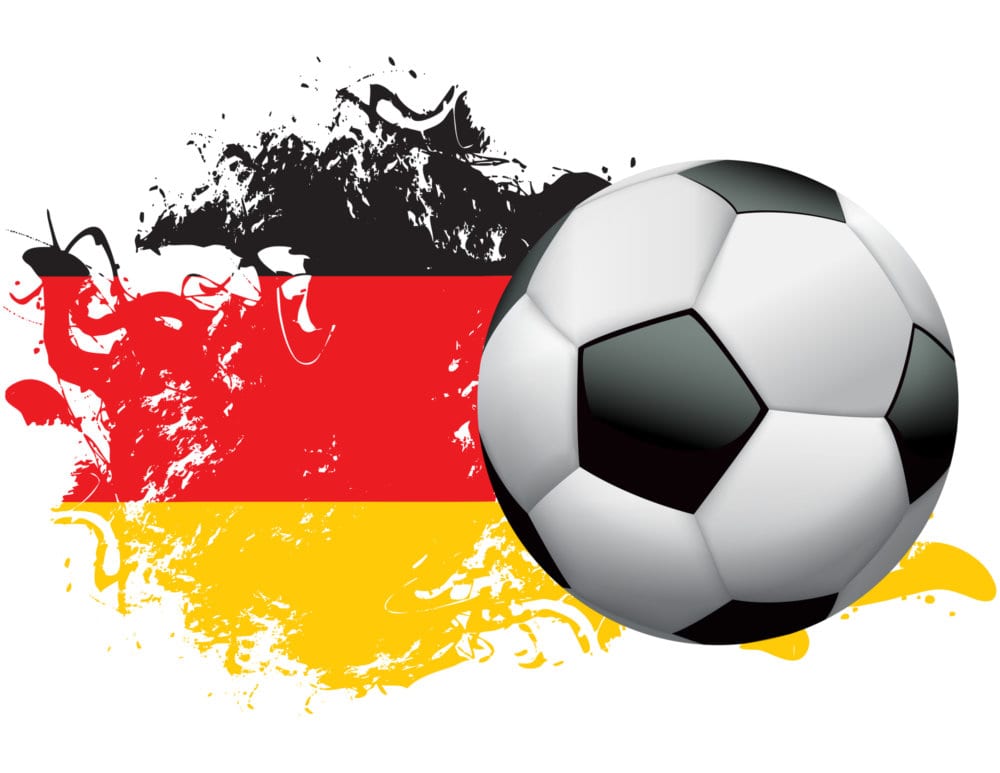 Four time champions and current title-holders Germany have been the team of this millennium having reached the finals in 2002, 3rd places in 2006 and 2010 and Champions in 2014 (the only team to achieve that honor on Latin American soil). So the momentum is with the Germans. Most of the side's members are youngsters like Timo Werner, Julian Draxler, Leroy Sane and Julian Brandt who will lend tremendous speed, opportunism and verve to the forward ranks. The likes of Mesut Ozil, Marco Reus, Thomas Muller and Toni Kroos will add a valuable blend of experience to the side and mind you, none of them have reached their 30's. It was as recently as 2017 that a brand new German side without their regulars, beat South American champions Chile to lift the Confederations Cup in Russia. No wonder, the Germans are the hottest favorites.

The only two times France reached the finals of the World Cup was in 1998 and 2006 (Champions in 1998) that was when Zinedine Zidane featured. The best the French did apart from that was in 1986 when they came 3rd, thanks to another great, Michel Platini. But its the collection of superbly gifted players this time viz. the 19-year old prodigy KylianMbappe, Antoine Griezmann, OusmaneDembele, N'GoloKante, Blaise Matuidi, Paul Pogba, Raphael Varane and goal-keepr Hugo Lloris dotting their ranks that gives the Fench their best chance after 1998 to lift the Cup.

Spain was never one of the big boys of World Cup until 2010 when incredible players like Andres Iniesta, Cesc Fabregas, David Silva, Xavi Hernandez, Xabi Alonso, David Villa, Sergio Ramos and Gerard Pique catapulted the Iberians to international glory. Although 2014 was a disaster (having being ousted in the Group stages), folks like Fabregas, Silva, Ramos, Pique and the little magician Iniesta will still be around to play their final World Cup. But they will have to compete with fresh young blood in the form of Isco, Marco Asensio, Koke, Thiago Alcantara and a few others for a place in the starting XI. This surfeit of youth and experienced talent is what makes Spain such a dangerous contender for the title. This will be the strongest Spanish assemblage ever to feature in a World Cup held on European soil.

Belgium at 6th spot with World Cup 2018 betting odds of 10/1 will be the dark horse of the World Cup 2018. With some of the best talent in contemporary football, viz, Eden Hazard, RomeluLukaku, Kevin De Bruyne, Dries Mertens, MichyBatshuayi, Christian Benteke, Jan Vertonghen, Toby Alderweireld, Thomas Vermaelen and goalkeepers Thibaut Courtois and Simon Mignolet crowding their ranks, the Belgians indeed look a team to be really scared of. They qualified for the WC 2018 in emphatic style topping their Group (winning 9 of their 10 games) and their astonishing tally of 43 goals from those fixtures was only equalled by Germany. These guys are worth a bet.

England at 7th with World Cup 2018 betting odds of 20/1 have their brightest chance of winning the Cup after 1966. Never have a English side been brimming with such youth and talent – Harry Kane, Raheem Sterling, Marcus Rashford, Jamie Vardy, Danny Welbeck, Dele Alli, Eric Dier, Danny Rose, Trent Alexander-Arnold, Kyle Walker, John Stones, etc. Whether they would win the World Cup or not is another matter, but they can be expected to perform far better than their odds suggest.

Portugal also at 20-1 in the World Cup 2018 betting will once again depend on their talisman, the incomparable Cristiano Ronaldo to take them farther as the tournament unfolds. To the surprise of many, the Portuguese won the European Cup beating home favourites France and that too without Ronaldo taking active part in it. Portugal definitely have better players this time compared to previous World Cups, but to expect them to win would be a folly. But then, stranger things have happened.

Sides like Croatia at 40-1 in the World Cup 2018 betting may not be contenders but led by players of the caliber Luka Modric, Ivan Rakitic, Mario Mandzukic and Ivan Perisic, this Balkan team have the potential to trouble even the best in the business. One can put their money on the Croatians to do a lot better than expected.

The tiniest nation to take part in a World Cup, Iceland, at 200-1 in the World Cup 2018 betting could be a surprise package. This tiny island nation has catapuled from an abysmal 130th to 20th in the FIFA rankings in just a couple of years. Few expected them to top their group in the World Cup qualifiers from a cluster that had teams like Croatia and Turkey. Winning the World Cup would be a shocker, but expect the Icelanders to give their opponents a hard time.