Home Sports Betting Who is Tom Schwarz? German heavyweight set to take on Tyson Fury in Las Vegas this weekend
1.

Who is Tom Schwarz? German heavyweight set to take on Tyson Fury in Las Vegas this weekend 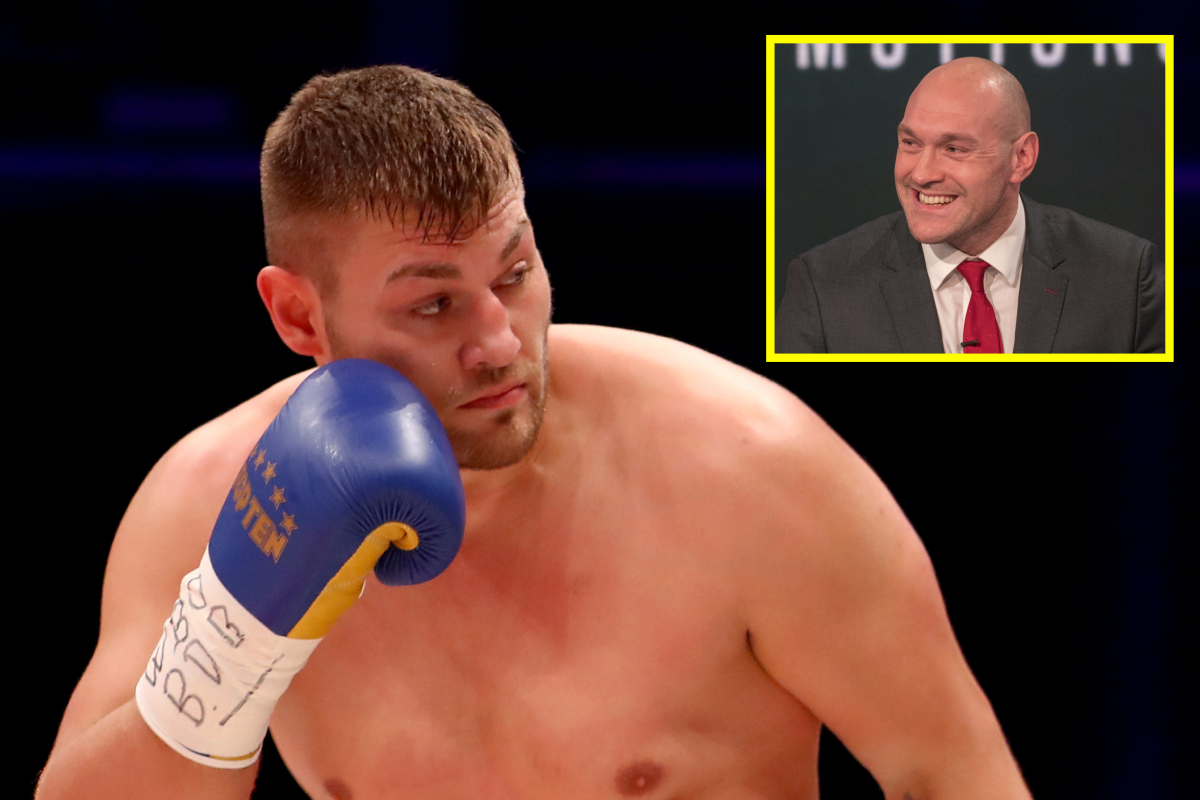 The relatively unknown 25-year-old has got a big bout

Tyson Fury will return to the ring this weekend when he faces off against Tom Schwarz in Las Vegas.

It is believed, the ‘Gypsy King’ will take on this obscure opponent to gain exposure in America after inking a co-promotional deal with Frank Warren and Bob Arum’s Top Rank.

The Top Rank connection will see Fury’s fights broadcast on ESPN from now on and he has opted out of the immediate rematch with Deontay Wilder to take this interim contest.

Scroll down to find out more about the man he will be facing instead.


Bruno calls on WBC to give Whyte shot at Wilder, explains how Ruiz loss will test AJ


Tyson Fury next fight: When does Gypsy King return to action? Who is he facing?


Fury: Depression is my toughest opponent, I’ll fight it for the rest of my life

Who is Tom Schwarz?

Schwarz is a 25-year-old German heavyweight from Magdeburg in Sachsen-Anhalt.

He made his professional debut in 2013 and last fought on March 2, a KO2 win over Kristijan Krstacic.

What is Tom Schwarz’s record and who has he fought?

He is yet to fight anybody near Tyson Fury’s level, but has faced Dereck Chisora’s most recent opponent Senad Gashi, Dave Allen’s old foe Samir Nebo and former Dillian Whyte victim Ivica Bacurin.

What is Tom Schwarz’s fighting style?

He has a fairly straightforward European style that shouldn’t pose too many problems for an elite mover like Tyson Fury.

His main weapon is the straight right hand and he continually looks to set it up with a pawing jab.

Schwarz often leaves his chin in the air when he swings and is open to counters. He’s also very susceptible to a looping overhand right as he keeps his own left low.

In his fight with Gashi, Schwarz was seriously troubled by his shorter opponent, however things soon took a bizarre turn.

Despite seemingly being on top, Gashi headbutted Schwarz three times within six rounds and was quickly disqualified.

After the fight ended, Gashi sparked a brawl by running over and continuing to attack Schwarz. You can watch highlights below.

🧐 Just watched Tyson Fury’s reported next opponent Tom Schwarz vs Senad Gashi. Absolutely bizarre fight. Gashi was genuinely giving him trouble, but decided to headbutt him three times and then tried to continue fighting after being disqualified, sparking a brawl. pic.twitter.com/V4m8Np92dc

In his last fight on March 2, Schwarz comfortably dealt with Krstacic.

The contest was over within two rounds as Schwarz knocked Krstacic down three times in the second and he chose not to continue.