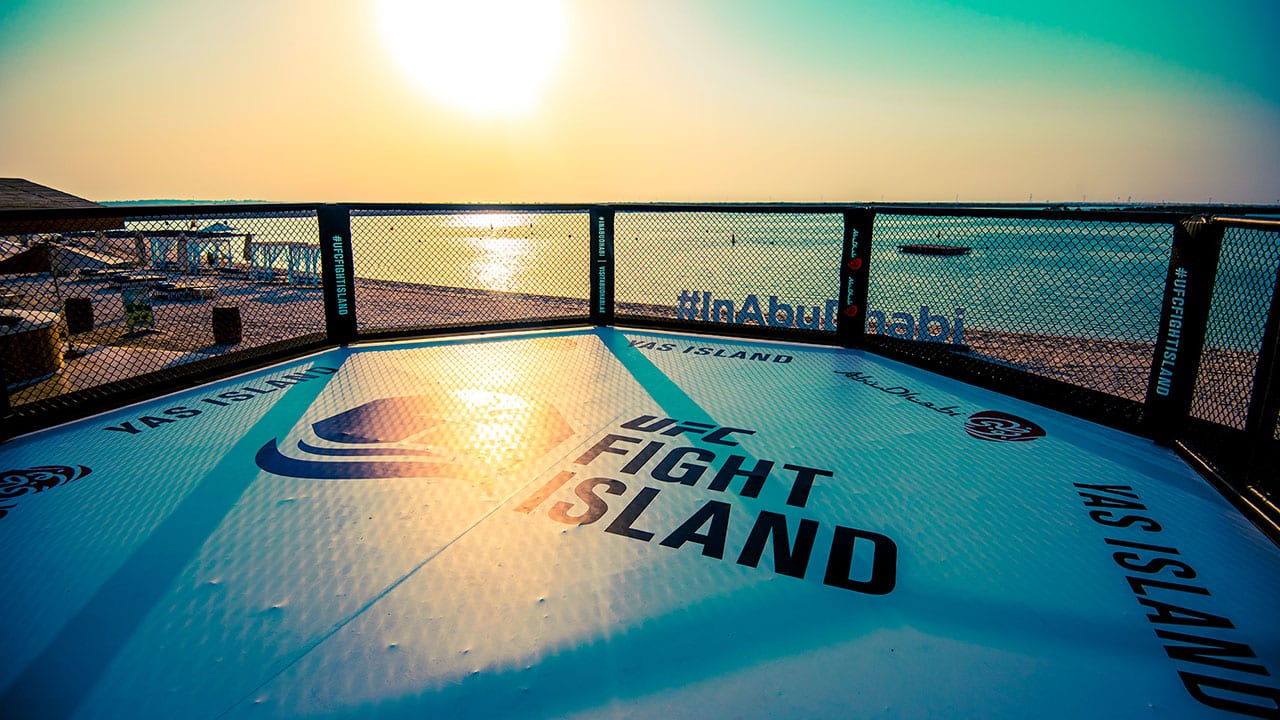 It. Is. On. Fight Island is here, the fighters are touching down in the UAE and a blockbuster of a PPV is going to get the ball rolling for Dana White at UFC 251. Three, yes three, title fights will take place on a stacked bill that fight fans cannot wait for.

Jorge Masvidal has stepped in on six days’ notice to take part in what already looks to be the Fight of the Year and the most highly-anticipated bout for some time. The unbeaten Welterweight title-holder, Kamaru Usman, against the BMF title-holder, Jorge Masvidal. ‘Gamebred’ revealed he has to lose an astonishing 20lbs to hit the 170 mark, a brutal weight-cut before his first divisional title fight isn’t ideal preparation, but if anyone can do it the BMF surely can?!

Usman has said he “doesn’t see faces” across the Octagon and whoever it is will get “the same disciplinary action”. The Nigerian Nightmare has been preparing for over a month for his second title defence and will be in prime shape coming off the back of defeating Colby Covington at UFC 245. He is yet to taste defeat in UFC and has dominated all of his opponents who have stepped inside the famous Octagon.

Masvidal’s rise to the top has been a little different to say the least. He gained notoriety in 2003 when, at just 18, he took part in a street fight against Kimbo Slice’s right-hand man, Ray. He was sat in a McDonald’s drive-through when Kimbo gave him a call and offered him the fight, which was later uploaded to YouTube for the world to see.

He first fought in the UFC in 2013, ambling his way around the company, he visited the UK in 2019 after a 16-month lay-off, as an underdog to face Darren Till. He proceeded to KO him inside two rounds and win Performance of the Night, what happened next catapulted him into the forefront of the company.

His *five* second KO of Ben Askren will go down in history as the fastest-ever knock-out, he was finally being taken seriously and surged up the welterweight rankings. He then took on Nate Diaz for the celebratory BMF title belt, a doctor stoppage to Nate saw Gamebred crowned the BMF title-holder by long-time fan The Rock. Masvidal arrives into this fight as the hottest-property in the company and will look to win a world title that has been seven years in the making.

There is also the small matter of the undercard at UFC 251, a further two title fights will take place, co-main eventing will be Alexander Volkanovski and Max Holloway in a rematch of their UFC 245 scrap. ‘The Great’ dethroned Holloway, ending his 14-fight divisional streak and extending his own to an astonishing 18. Alexander last tasted defeat in 2013 incredibly, and fight fans are keen to find out if Holloway (arguably the greatest featherweight of all-time) can make the necessary adjustments to find a way to beat the Australian title-holder.

UFC 251 also sees Jose Aldo step back into the Octagon to challenge for the vacant Bantamweight title, in doing so he faces the undefeated (in the UFC) Petr Yan in what looks an intriguing battle. The title was vacated by Henry Cejudo following his retirement and the two men at one and two in the division lock horns in what looks to be a highly technical and fascinating bout.