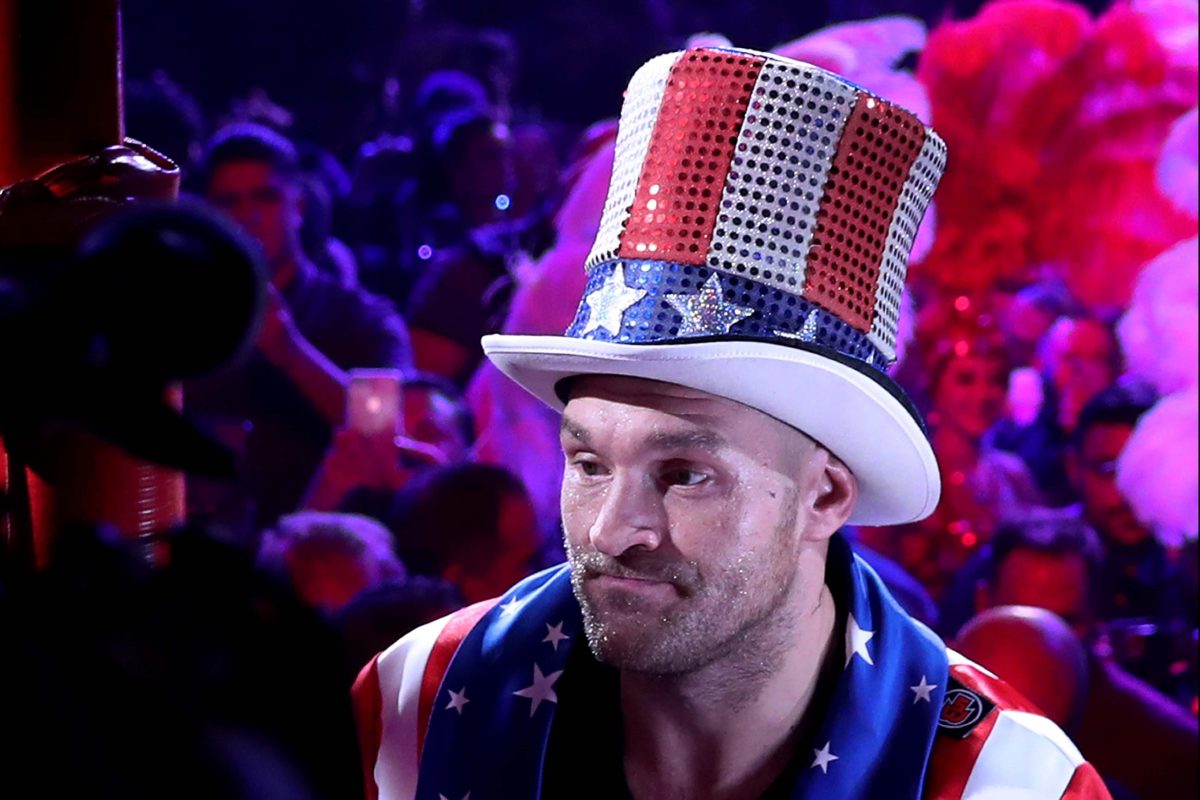 Tyson Fury has recalled the amusing story of his encounter with American heavyweight Christopher Lovejoy when they sparred together before the Tom Schwarz fight.

The ‘Gypsy King’ claims he decked the unbeaten fighter in the first round of their session after hearing his trash talk around the US gyms.

“And he was saying all over Las Vegas, all in the heavyweight gyms, ‘I’m gonna knock Tyson Fury out. He’s a bum, he’s this, he’s that.’

“So one of the trainers at the Mayweather gym said, ‘Oh Tyson, there’s this guy who said he’s gonna knock you out.’

“He caused the trouble, he phoned him up and said, ‘Say it to his face, say it to him on the phone.’

“So anyway I wasn’t at the gym and he turned up to the gym. I said, ‘I’ll tell you what to do, come back tomorrow and I’m gonna knock you out. If I don’t, it don’t count.’

“He sort of flapped it, didn’t know how to take it. But he left and he came back tomorrow.

“My cousin said, ‘I want you to drop him with a straight left hand in the first round.’

“He comes running at me, I just went slip, boom and down he went. All 20 stone of him on the floor.”


Frank Warren: Tyson Fury set for New York fight and it could be Jarrell Miller

In an earlier interview Lovejoy gave his version of events and told a very similar story, but differed massively when it came to the actual sparring session itself.

He simply told iFL TV: “We got our work in, we shake hands and we talked. That’s it.

“It was cool, he’s got a lot of stamina, he was exactly what I thought he would be.”