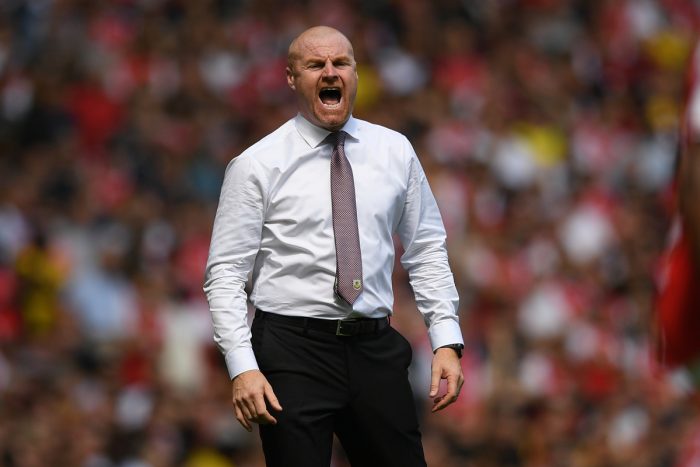 Sean Dyche spent the majority of his Saturday afternoon at Reading Festival just a day before Burnley’s Premier League clash against Wolves.

Dyche watched on as his team were denied a win against the Midlands club by a last-gasp Raul Jimenez penalty in the late kick-off on Sunday.

And it was seemingly an eventful weekend for the 48-year-old, with pictures emerging of him enjoying himself at Reading Festival and posing with an Arsenal fan.

The 16-year-old posted the snap of him and the Burnley boss, and afterwards the young fan explained what it was like to meet him.

“Me and my mate spotted him.” he told SPORTbible. “I was so confused at the time, like any football fan would be but I went over to him as he was standing still next to main stage. I just said hi and shook his hand.”

“Last week I went to Burnley against Arsenal, so I bantered him about the score and diving, but he was in good spirits.

“It took time for me to realise what had just happened. It’s such a weird occurrence that a Premier League manager was out at Reading the night before a game.

“He was definitely using this time to relax and enjoy something other than football, so he was happy. After the photo I saw him go into the front for Mosh Pits at Twenty One Pilots and Post Malone.”


‘Uncertainty' at Spurs is damaging the club, Cascarino tells talkSPORT


Bury and Bolton could be expelled from EFL as deadline passes


Bury face expulsion from EFL after proposed takeover falls through


The EFL founders, including Bolton, that competed in the very first season

Dyche has previously declared his love for music and gigs in an interview with ESPN.

He told ESPN: “I remember all the magic markers of the first time I heard the Stone Roses and that Madchester vibe, the Verve and all these groups coming up.” he said.

“Then building from that you’re getting into the rave scene as well. That was a big era for me because I was 17, 18, 19 around that period. So that was important, musically.

“More recently, a lot of Kasabian and stuff like that. Lately, I’ve seen Green Day, I thought they were amazing in concert. I saw Metallica, I’m not a major Metallica fan, but I like music enough to get invited and went. I’ve seen Jay-Z and Kanye West.”