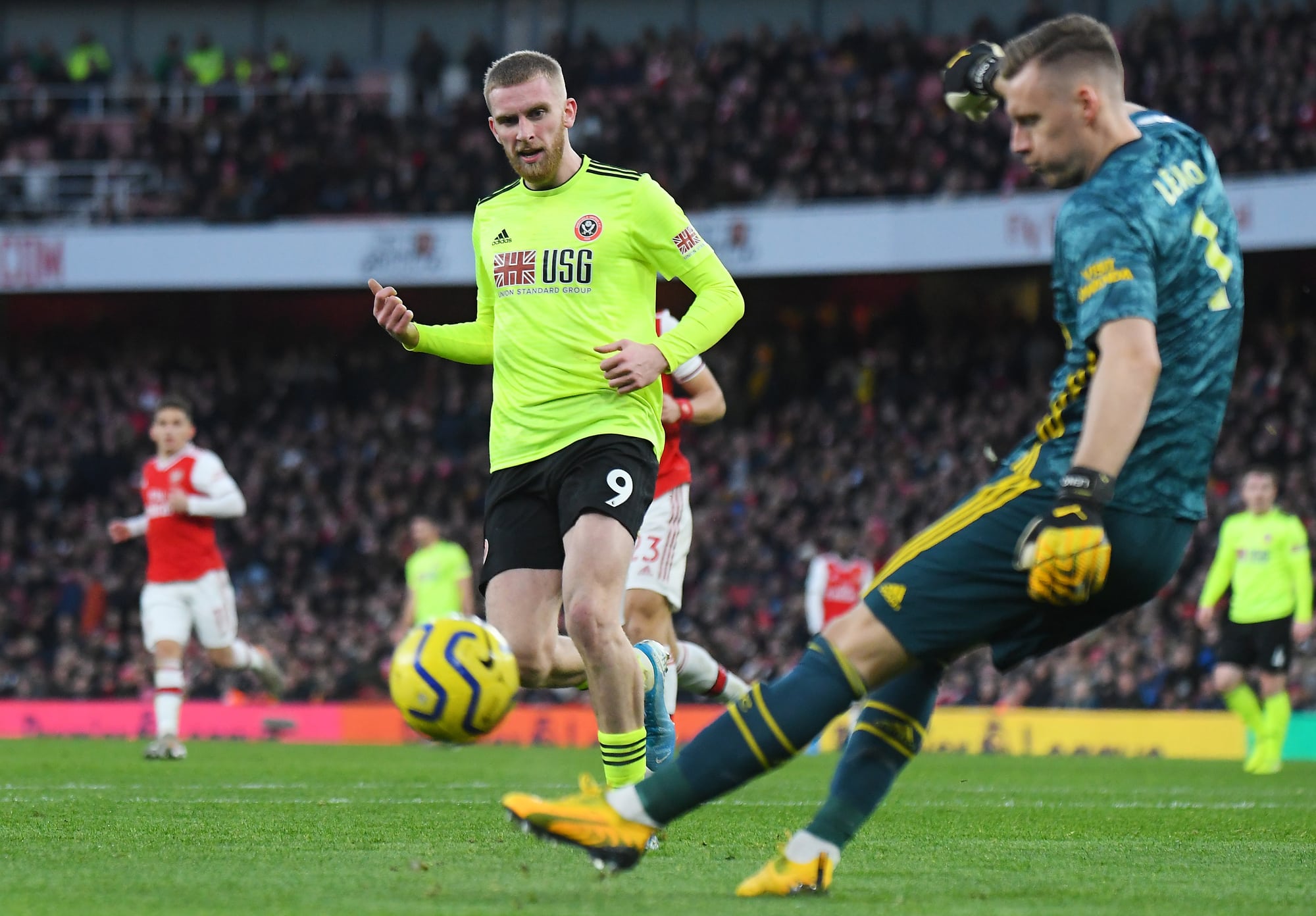 Sheffield United marched towards an almost certain European entry with a convincing victory against a Chelsea who arrived at Bramall lane as the UK bookmakers favourites to win the game.

It was Frank Lampard's Blues that dominated possesion from the start and showed attacking intent especially from the left flank through Chrsitian Pulisic, but all it did was to run into the wall of Sheffield defense.

Chelsea were also prone to some quick counter-attacking by their rivals and some schoolboy-level defending saw them go down by a goal barely 18 minutes into the game.

David McGoldrick, getting his first Premier League goal of the season, pounced on a Kepa Arrizabalaga save from a deflected Oli McBurnie volley that rebounded to him and slammed it in from six yards.

With a little more than half-an-hour gone, Willian was dispossesed by Enda Stevens who motored down the left before essaying a perfect cross to a Oli McBurnie completely unmarked by the Chelsea centre-back pairing of Andreas Christensen and Kurt Zouma.

The Blades striker didn't have to jump too high to crash in a powerful header to make it 2-0 for the hosts in the 33rd minute.

Lampard replaced Christensen with Antonio Rudiger in an attempt to shore up a callous Blues defense, but to no avail as it was being slowly taken apart by an increasingly confident rival attack.

Lampard went in for more substitutions as Christensen and Mason Mount were replaced at half-time as he tried to wrest back control of the game.

Olivier Giroud came off the bench, putting some spark and intent into the Chelsea attack and seemed to be putting some pressure on a usually stoic Sheffield defense.

But not for nothing was the Blades defense was the third meanest in the Premier League as they comfortably rode the attempted Chelsea revival in the second half.

For a back line that has conceded more goals than any other side in the top-half of the EPL table, one more error was in store as Rudiger's clearance fell into the path of McGoldrick who made no mistake in slamming in his second of the evening and Sheffield's third in the 77th minute of play.

Chelsea had amassed 36 goals in their 17 matches away from Stamford Bridge in the current season and the likes of Christian Pulisic, Willian and Olivier Giroud were in excellent scoring touch coming into the Bramall Lane game.

A 76 per cent ball possession would have normally counted for something but that was not to be as the hosts's  goal hardly came under threat from these free-scoring individuals.

After Saturday evening's result, Chelsea are placed at the third spot with 60 points just one ahead of 4th-placed Leicester City who look to be on their way out of the Top Four after suffering a humiliating 1-4 loss to relegation candidates Bournemouth on Sunday night.

For 5th placed Manchester United (58 points), a win at Old Trafford in their upcoming clash against Southampton could vault the Red Devils to 3rd spot, pushing Chelsea to the 4th and Leicester to the 5th.

Sheffield have moved a place up to the 7th, only a point behind Wolves who have maintained their spot on the sixth after a 3-0 win over Everton at the Molineux stadium on Sunday.

In a significant North London derby clash at the Tottenham Hotspur stadium on Sunday evening, Arsenal saw their European hopes evaporating after a 1-2 loss to Jose Mourinho's Spurs and the Gunners have simply themselves to blame for the debacle.

Alexander Lacazzete's brilliant strike from outside the box in the 16th minute was negated 2 minutes later by some pathetic Gunners defending. A slack back pass by Sead Kolasinac to David Luiz who was callous in collecting it allowed Son Heung-min to run past the Brazilian defender and chip the ball into the net.

Tottenham could have possibly gone ahead a little while later when Ben Davies's 30-yard drive was brilliantly turned on to the bar by Arsenal keeper Emiliano Martinez.

Arsenal dominated proceedings in the second half with Pierre-Emerick Aubameyang and Nicolas Pepe coming close to scoring with the former striking the frame of the goal from close-range.

Spurs got the winner against the run of play when Toby Alderweireld glanced in Son's corner to make it 2-1 with only 9 minutes to go.

While Mikel Arteta's Gunners have moved out of the Top 8 to the 9th spot after Sunday's result, Tottenham look to be in the hunt for a European entry, going up a notch to the 8th with 52 points,just 2 points behind 7th placed Sheffield's 54.