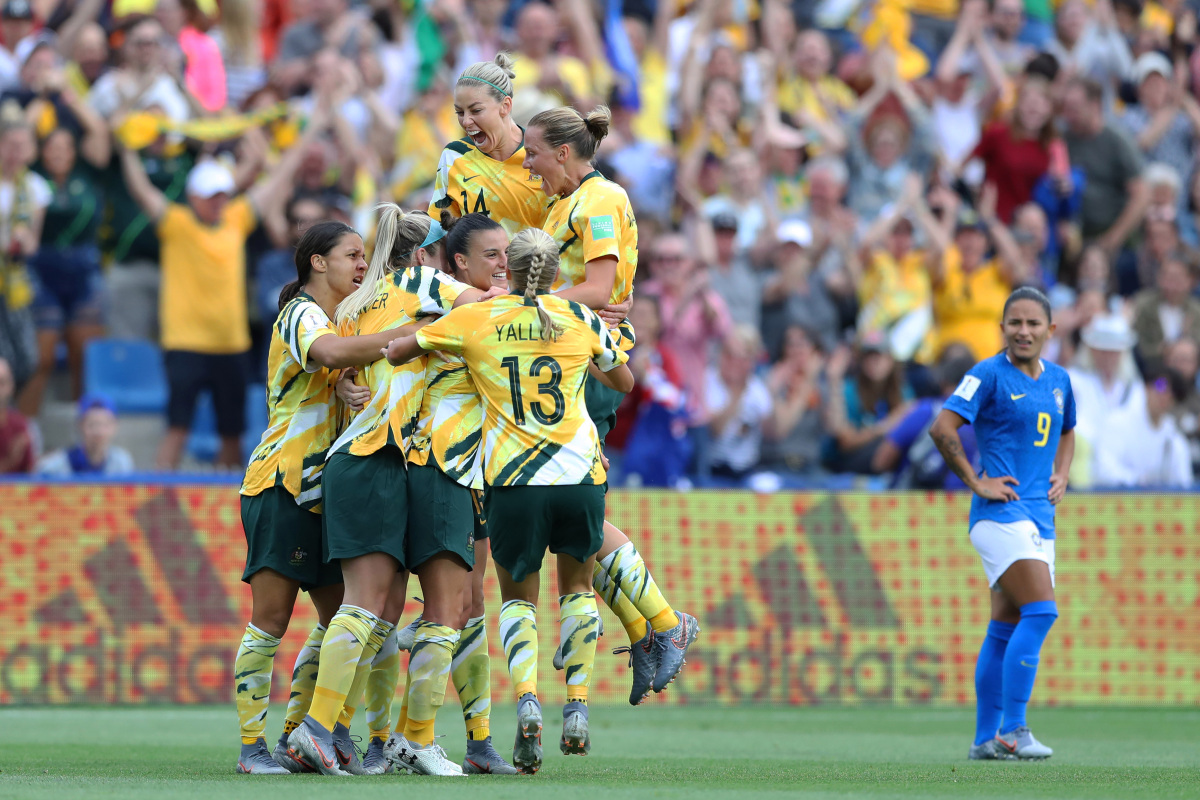 There were two games played in France on Thursday, take a look at talkSPORT.com's round-up of the action

The 2019 Women’s World Cup is now in full flow and there were two games played on Thursday.

Below you can read about the best of the action in France.

Australia came from two goals down to stun Brazil 3-2 in their Women’s World Cup clash in Montpellier.

Brazil had looked firmly in control when a penalty from returning striker Marta and header from Cristiane gave them a 2-0 lead.

But Caitlin Foord’s strike just before the break offered Australia hope and Chloe Logarzo’s cross-shot and an own goal from Monica completed a stunning turnaround.

Brazil failed to create any clear-cut chances as they went in search of an equaliser and Australia comfortably held on.

China kept their hopes of qualification from Group B alive with a 1-0 win over South Africa in the Women’s World Cup.

Banyana Banyana’s first finals appearance is unlikely to go further than the group stage after Li Ying’s first-half goal all but ended their chances of progression.

China, who were beaten by Germany in their opening game, took the lead five minutes before half-time when a superb ball over the top from Zhang Rui came off the knee of a stretching Ying and past the goalkeeper.

Both sides struggled to create chances in the second half, but China finished the game strongly.


Predicted – how the Premier League table will look after five games

A late header from Han Peng brought a decent save from Kaylin Swart, while Yang Li had plenty of time to pick her spot at the death but fired straight at the goalkeeper.

You can listen to every single England and Scotland game LIVE across the talkSPORT network.

Our coverage in France will be led by Natalie Sawyer – presenter of talkSPORT’s Kick Off show and The Times’ The Game podcast.

There will be further coverage of the tournament, including both semi-finals, and the final too.