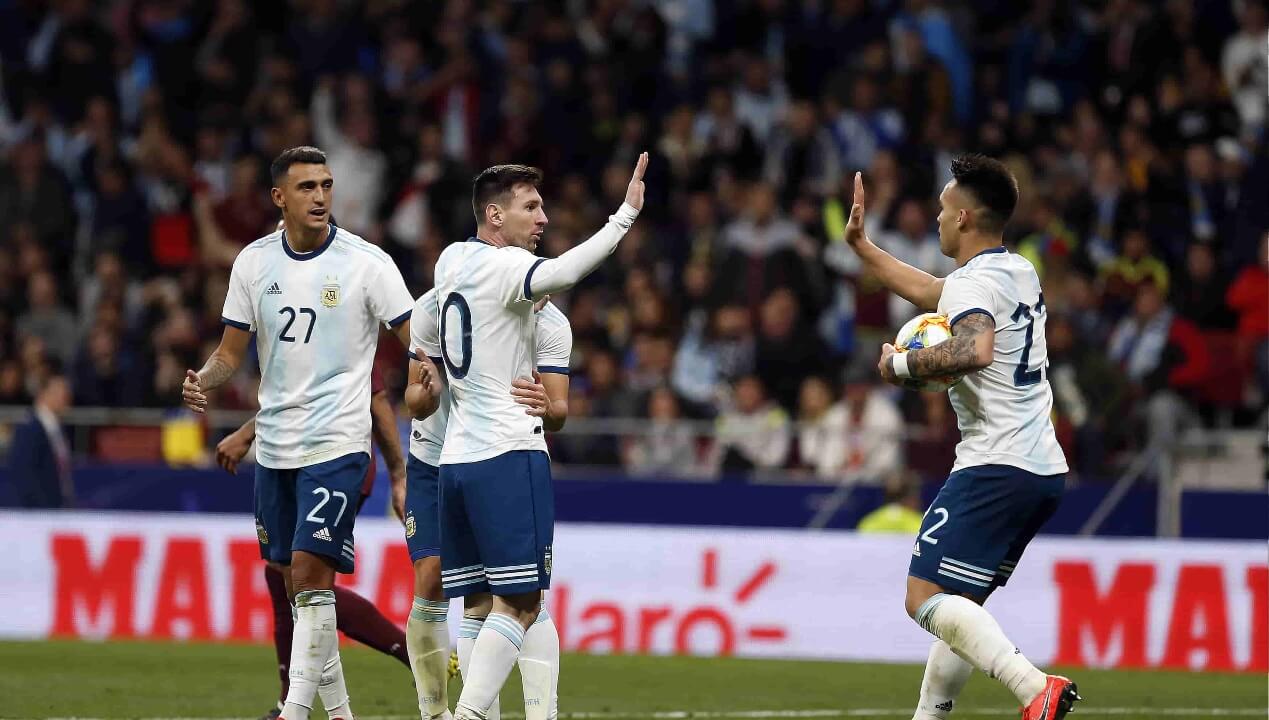 Plenty of quality on show in this Copa America Group B clash between Argentina and Colombia. Lionel Messi has yet to taste success in a major tournament and with time running out, could this be the year for Argentina after finishing runners-up four times in the last five tournaments. Form Labs bring you their betting preview and tips for the game, while as ever we haven the value with our selection of enhanced odds.

Battle For Group B Supremacy

With the other two teams in Group B – Paraguay and Qatar – unlikely to mount a challenge for first or second, a win for either side in this clash would go a long way to coming out on top and avoiding Brazil’s half of the draw in the knockouts (assuming the hosts win their own group).

As such, it would be of little surprise to witness a fairly tense and cagey affair, especially as this fixture hasn’t typically thrown up thrilling spectacles over the past decade.

In fact, six of eight head-to-heads over this period have seen no more than one goal, with as many as four ending goalless – including both encounters in the Copa America as well as three of the five meetings since 2013.

There’s further reason to think this game could fail to live up to its billing, as since the current format was adopted in 1993 (a slight variation for the centenary edition aside), the opening round of fixtures at the Copa America has seen fewer than two strikes in 45% of 62 matches, compared to only 25% of the rest of the games over this same period.

Moreover, Colombia recently appointed Carlos Queiroz as manager following a successful eight-year stint with Iran, though they weren’t the most exhilarating outfit to watch for the neutral.

Eleven of his final 14 games at the helm featured a maximum of two strikes, while his side only conceded more than a solitary goal in 12% of his 93 games in charge overall.

Furthermore, Colombia have kept a clean sheet in eight of their last 14 matches dating back to March of last year, including three of four since Queiroz took hold of the reins.

Argentina also have a new man in the dugout since their last competitive action, with Lionel Scaloni succeeding Jorge Sampaoli following the World Cup in Russia last summer.

They’ve kept a clean sheet in six of nine matches under his tutelage, including one of those goalless head-to-heads, despite a lack of available talent at the back. That’s been down to a more rigid tactical template to mask over their defensive deficiencies, eschewing the possession football in favour of quicker transitions from back to front.

Of the three times they’ve conceded under him, one saw Brazil net a 93rd-minute winner as the game ended 1-0, another saw them lose 3-1 to Venezuela as Scaloni utilized a back three in Madrid (an experiment he’s unlikely to repeat), while the other saw a 91st-minute consolation for Central American outfit Nicaragua in a relaxed 5-1 pre-tournament friendly victory.