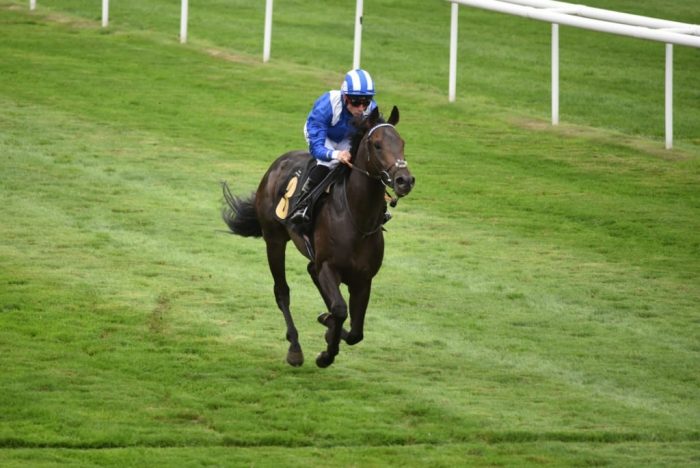 Charlie Hills says Khaadem is “improving” all the time and is now “ready” for Sprint Cup Stakes challenge.

Trainer Charlie Hills says Khaadem has every chance of winning the 32Red Sprint Cup Stakes at Haydock on Saturday week (Khaadem 5/1 to win).

Hills’ camp are still on a high after watching stable star Battaash win the Nunthorpe Stakes at York during the Ebor Festival.

Hills is now eyeing another top-level success as Khaadem prepares to try and win his second race in a row.

The three-year-old has already won four races since making his debut in June 2018 and he impressed during a workout on Wednesday morning.

Khaadem won the Stewards’ Cup last time out at Goodwood and Hills believes he is ready to compete once again.

“He’s all set for Haydock and I was really pleased with the way he worked yesterday; it was probably the best I’ve seen him go,” Hills told the Racing Post.

“He looks like he’s improving and that’s mentally too – he’s brilliant now, not a problem at all. Kieran Shoemark rode him and said he felt better than before Goodwood.

“We’ve always thought a lot of Khaadem and he hasn’t got many miles on the clock, but I think he’s ready for race like this now and he’s probably the best chance I’ve had.

“You’ve got to respect Advertise and Ten Sovereigns as they are Group 1 winners and we’ve won a Listed race and good handicap, but, like I say, he’s ready for this.”

Ten Sovereigns and Advertise are joint favourites at odds of 5/2 for next week’s race, while Mabs Cross will be hoping to improve on her poor run at York and is priced at 10/1.