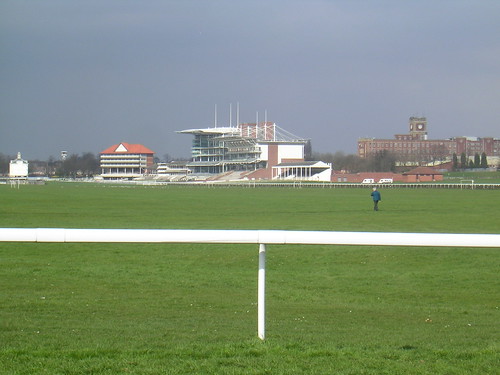 The Ebor Festival at York is looming large and as the countdown intensifies there is one burning question, can anything stop Acapulco from winning the Coolmore Nunthorpe Stakes?

Wesley Ward's American raider looks to have just about everything going for him as he prepares to run in the Ebor meeting's famous sprint and the word from the trainer does nothing to suggest she won't land a second British prize of the summer.

At Royal Ascot in June, Ryan Moore's mount careered away from the Queen Mary field seemingly with plenty in hand.

With the field split in two, Moore was always confident as he raced prominently in his group and he got to the front of a competitive 23-runner field with an absolute minimum of fuss, eventually having a-length-and-a-half to spare at the line.

York has been the only target in Ward's mind since that race and Acapulco spearheads the Betfair market for the Nunthorpe.

The form is there for all to see but Acapulco also receives some useful boosters by virtue of stepping in against her elders.

As a juvenile filly she will carry only 8st on her back against her more seasoned rivals. That ought to make her a tough nut to crack.

Injury dictates that Moore will not be available to partner Acapulco at York with Ward recently having confirmed that Puerto Rican rider Irad Ortiz will make the journey from the United States to take his place.

Ward has never before had a runner on the Knavesmire but he is no stranger to a British raid and the performance of American speedsters at Royal Ascot bodes well.

Acapulco's trainer has been talking up her chances. Ward is pleased with the direction her season has gone in, revealing he has deliberately spaced out her races to allow the filly recover adequately.

He is not afraid of taking on older horses, describing her as “monstrous” two-year-old while he also revealed she has been running “sensational breezes” in her homework.

Muthmir looks the pick of the home brigade based on his win in the King George at Goodwood at the end of last month.

William Haggas' gelding however will need to put in a potential career best performance to lower the colours of the imposing American sprinter that will cross his path at York, given the weight allowances.

With the likelihood that we have yet to see Acapulco dig into her reserves, Ward's confidence going to York could be well-placed.