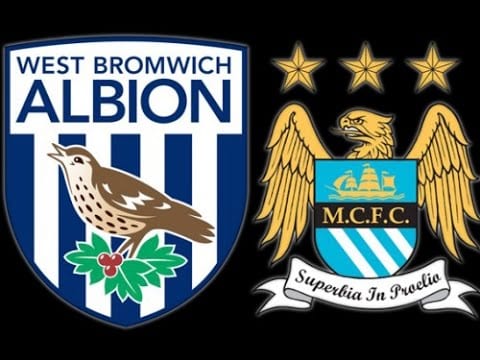 For Pep Guardiola and his men there has been just no respite. A 0-4 thrashing away at Nou Camp in their UEFA Champions face-off against Barcelona last week. A tough Premier league outing of 1-1 against Southampton last Saturday. A exacting EFL Cup game to come against city rivals Manchester United on Wednesday. A tired City team will then head to the Hawthorns stadium on Saturday, October 29, to take on West Bromwich in a Premier League clash.

The Citizens will probably miss the services of the brilliant winger Kevin De Bruyne and backs Pablo Zabaleta and Bacary Sagna, all on the injury list. Guardiola may perhaps go for the 4-1-4-1 formation which will have Pablo Maffeo, John Stones, Vincent Kompany and Gael Clichy in defensive roles. Plus a midfield comprising of Fernandinho, Leroy Sane, Raheem Sterling, David Silva and Nolito and a lone striker in the form of Sergio Aguero. Kelechi Iheanacho, the 20-year old Nigerian striker who scored City's face-saving equalizer against Southampton may come if Guardiola feels the need to go into an attack mode later on in the game.

For West Brom, folks like Nacer Chadli and Salomon Rondon can look for opportunities in a City defence that is currently well below par. Tony Pulis's team showed great determination and grit in their 1-2 loss against a powerful Everton side in August. A fighting 1-1 draw against the Spurs and a narrow 1-2 defeat against Liverpool this October underlining their good track record they have with teams of the top half of the table. Pulis will in all probability go in for the same starting XI that featured against Liverpool, viz.Ben Foster (goal); Craig Dawson, Gareth McAuley, Jonas Olsson, Allan Nyom (defenders); Claudio Yacob, Matt Phillips, Darren Fletcher, Nacer Chadli, James McClean (midfielders); Salomon Rondon (striker).

Manchester City need a win somehow at the Hawthorns on Saturday if they want to hold on to their position as leaders of the Premier league table. Arsenal and Liverpool with identical points as City at 2nd and 3rd spot are breathing down the necks of Guardiola's men. Just a goal difference of one separating all of the top three in the Premier league table. These rivals would fancy their chances given the fact that folks like the Gunners will be playing bottom scrapers Sunderland and Tottenham at home dealing with a shaky Leicester City.

Manchester City have won all their previous nine Premier league face-offs against West Brom and this should probably give them confidence going into Saturday's game. Bookmakers as a consequence are very much in favour of the visitors winning 29 October's fixture at the Hawthorns stadium.