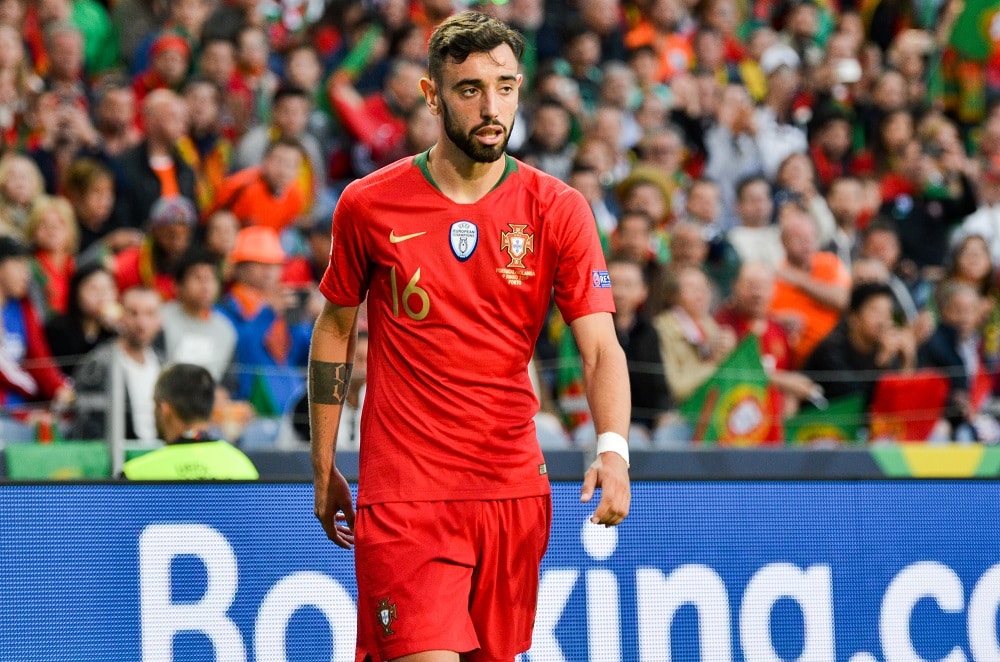 Ole Solksjaer's Red Devils beat Aston Villa 2-1 on New Year's Day at Old Trafford to go level on points with Liverpool at the top of the Premier League table. Goals from Anthony Martial and a Bruno Fernandes penalty in either halves was sufficient to bring United on level on with Liverpool, who are ahead owing to a superior goal difference.

Odds are taken from the new UK online bookmakers and are subject to change.

United took control of the proceedings at the start but were unable to find an early breakthrough as Fernandes, Martial and Harry Maguire were all denied by Villa goalkeeper Emiliano Martinez. Villa stood their ground against the early rival onslaught and in fact almost drew first blood in the 12th minute but John McGinn's drive to the near post was well-saved by David De Gea.

Dean Smith's side showed why they went through five games unbeaten as they gradually forced the United attackers into attempting from distance as Fred and Paul Pogba both failed with their long-range efforts.

But the visitors ultimately relented to the Red pressure when Pogba released Aaron Wan-Bissaka on the right. Wan-Bissaka's speculative cross into the box eluded center-back Tyrone Mings as Martial swooped in to head in his second goal of the season just five minutes before the half-time whistle.

Villa went from the very outset post-interval in search of an equalizer with Ollie Watkins almost giving them one seven minutes into the second-half. The Villa forward towered as he delivered a goal-bound header which De Gea managed to claw over the bar. Anwar El Ghazi followed with a volley that sailed over a little later.

The visitors' endeavours paid off when a quickly taken free-kick released Jack Grealish who slinked in behind the advancing Wan-Bissaka to deliver a ball to an unmarked Bertrand Traore. The waiting Traore then took a touch to control before firing his shot past De Gea and Maguire on the goal line. 1-1 in the 58th minute of play.

The stalemate didn't last for beyond three minutes as the Villans gifted a goal to their rivals in the 61st . Douglas Luiz clumsily clipped Pogba's heels just inside the box and a penalty awarded. Fernandes made no mistake as he drilled in his 11th goal of the season and the 5th from the spot.

That motivated Villa again to go for an equalizing goal and they could have done that a second time when El Ghazi stooped to head home at the back post from a tight angle but De Gea was at hand to palm the effort away just in time.

United should have put the game beyond the Villans' reach when Pogba diverted Luke Shaw's cross inches wide. A Rashford attempt went narrowly over and Fernandes' dipping shot onto the bar was expertly tipped over by keeper Martinez.

Villa made a last-gasp effort to earn a point as Mings outmuscled Maguire to get to the end of a Matty Cash cross, but his curling effort went agonizingly wide. Cash's long-range drive was tipped around the post by De Gea and Eric Bailly made a critical block to prevent substitute Keinan Davis well inside stoppage as United safely saw the game through.

Villa stand at the 7th place with 26 points from their 15 games, three points away from the Top Four but with a fixture in hand. United having levelled with table-toppers Liverpool on points now get ready to host rivals Manchester City in the Carabao Cup semi-finals on Wednesday and welcome Watford in the FA Cup on Saturday 9 January.