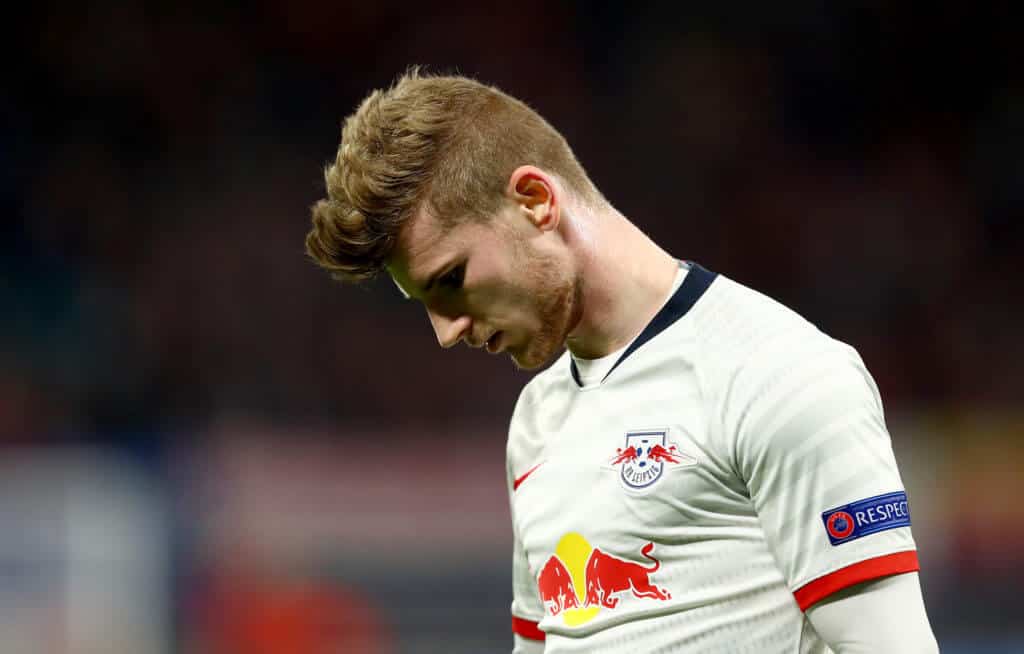 Liverpool crashed to their fifth successive defeat at Anfield even as Mason Mount's first half goal helped Chelsea to break into the Top Four and keep their Champions League hopes for next season alive.

Chelsea, coming in Thursday night's away clash on back of nine unbeaten games under coach Thomas Tuchel dominated for better part of the first half and thought they had taken the lead in the 24th minute of play.

Timo Werner brought down and controlled a beautifully essayed long overhead pass from Ben Chilwell, beat an onrushing Alisson and dinked the ball into an empty net. But as luck would have it, the goal was ruled out by VAR after an extremely tight offside decision.

Chelsea's endeavours to go ahead paid off when a long ball from N'Golo Kante picked out Mason Mount who skirted past two defenders and finished exquisitely with a right-footer from the edge of the penalty area to make it 0-1 for the Blues in the 42nd minute.

A visibly upset but utterly ineffective Mohammad Salah was substituted by Alex Oxlade-Chamberlain on the stroke of the hour as Liverpool tried getting back into the game. There were strident cries for a penalty from the Reds after Roberto Firmino's cross from the by-line was seen clearly striking N'Golo Kante's hand, but VAR let it pass.

Werner who gave one of his finest displays since joining Chelsea, went close from an angle in the 76th minute but his shot was well-saved by Alisson. Andy Robertson made a spectacular clearance off the line from an Hakim Ziyech effort and the Brazilian keeper had to parry away a stinging shot from Ben Chilwell to keep the visitors from enhancing their lead.

Andreas Christensen and Antonio Rudiger performed with such efficiency for the Blues at the back that Liverpool had their first shot on target in the 84th minute courtesy a tame Georginio Wijnaldum's header that went straight to Eduardo Mendy.

Jurgen Klopp's men tried ramping up the pressure in the dying minutes but struggled to create anything of note as Chelsea dug in and saw out the result. All in all, it was an excellent night's performance by Tuchel and Chelsea as they moved to the fourth spot with 47 points, pushing Everton and West Ham to the 5th and 6th spots respectively and coming within 3 points of 3rd placed Leicester City.

Liverpool are now four points adrift from a Top Four spot as they slipped down to the seventh with 43 points from their 27 Premier league outings.

The Reds are now in danger of being overtaken by Tottenham Hotspur who after having beaten Fulham 1-0 are just a point behind with one extra game in hand.

Man of the match: Timo Werner.