Federer confident ahead of Wimbledon showpiece 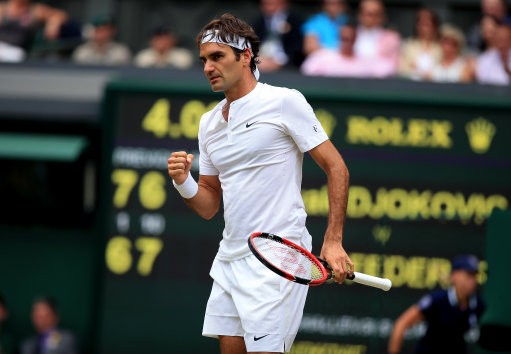 Roger Federer says his performances this year make him “very confident” for the Wimbledon final against Novak Djokovic.

Former world number one Roger Federer says everything has fallen into place this season as he aims for a record-extending ninth Wimbledon crown in Sunday’s final against Novak Djokovic (Djokovic 8/15, Federer 6/4 – Match Betting).

Swiss star Federer managed to overcome rival Rafael Nadal in Saturday’s semi-final and advance into his 12th final at the All England Club, having last reached this stage in 2017 when he beat Marin Cilic for his eighth title.

The Basel-born star, who is chasing a record-extending 21st Grand Slam trophy, turns 38 on August 8 and he will become the oldest finalist at SW19 since Ken Rosewall in 1974.

Federer, who has 102 career titles to his name to leave him second in the all-time list in the Open Era, has proven age is just a number with Sunday’s centre-court spectacle also being his fifth Wimbledon final since turning 30.

Top seed and defending champion Djokovic will provide a stern test and victory for him in the final would be his 16th Grand Slam, leaving him four behind his Swiss opponent.

Serbian’s number one leads the head-to-head with Federer 25-22, having won the last three meetings, while Djokovic also triumphed in their last Wimbledon contest in 2015.

However, Federer is feeling confident of claiming the spoils in what has been an impressive season to date.

“It’s been a rock solid year of mine, I won in Halle [for a record 10th time last month], the stars are aligned right now,” he was quoted as saying by BBC Sport. “From that standpoint, I can go into that match very confident.”