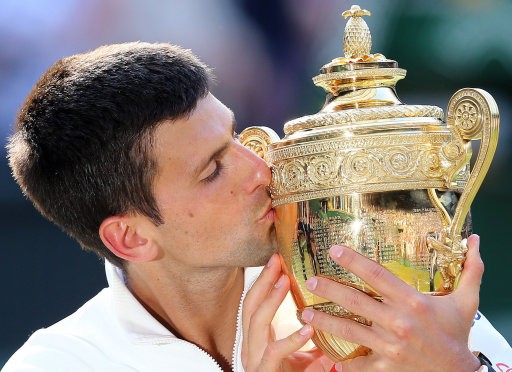 Novak Djokovic (11/8 – US Open Outright) said Roger Federer “inspires” him to prolong his career in tennis after he defeated the veteran after a fifth set tie-break in a thrilling Wimbledon final on Sunday.

The 32-year-old Serbian and world number one seed went into the Centre Court showdown bidding to win his 16th Grand Slam title and fifth at the All England Club.

Things were going to plan when Djokovic edged the first set on a tie-break only for Federer to hit back and level things up in a one-sided second set.

The 37-year-old Swiss could not maintain that momentum and it was Djokovic who got his nose back in front with another tie-break win in the third.

Federer, chasing his ninth title at Wimbledon, hit back to level the clash and take it into a fifth and deciding set.

The 20-time Grand Slam winner spurned two championship points at 8-7 ahead in the fifth set and he was made to pay when Djokovic came back to ensure a first-ever final-set tie-break in the final of Wimbledon with the scores all level at 12-12.

Federer, who is 5/1 with Betfred to bounce back and win the US Open, also lost in the previous longest final when Rafael Nadal defeated him in five sets back in 2008, but Djokovic hailed the former world number one for the way he helps motivate him to carry on looking to win more majors.

He said: “I think this was, if not the most exciting and thrilling final I’ve been a part of then definitely in the top two or three of my career – and against one of the greatest of all time in Roger who I respect a lot.

“Unfortunately in these matches one player has to lose. Both of us had our chances. It was quite unreal to have match points against me and come back and then to have a tie-break at 12-12.

“I was actually hoping I could get to a tie-break. Roger said he hopes he give people the chance to believe at 37 years old and I hope that I am one of them.

“He inspires me that’s for sure.”