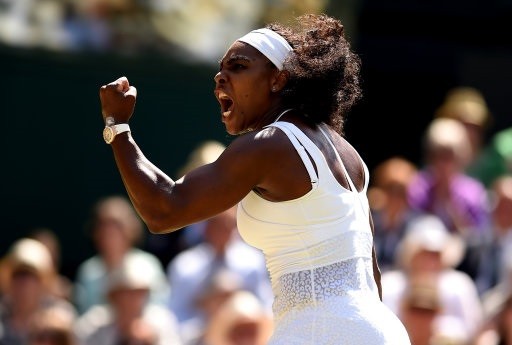 Serena Williams is a 1/2 favourite to beat Simona Halep (13/8) in Saturday’s Wimbledon final and it is hard to look past the American.

The pair have met 10 times in the professional ranks, with Williams victorious on nine of these occasions and Halep’s only success coming in the round-robin stage of the 2014 WTA Championships.

The US ace then gained her revenge just a few days later by downing the Romanian in the final of the season-ending event, so most things point to another Williams victory and 24th Grand Slam title of her career this weekend.

It is true the Florida resident did not have things all her own way early in the tournament, with 18-year-old Slovenian Kaja Juvan taking her to three sets, while compatriot Alison Riske did the same in the last eight.

However, the way she dismantled Barbora Strycova in the semi-finals was a warning to all concerned that, despite turning 38 in September, she still means business.

Williams has a wealth of experience to call on and is as at home on grass as she has ever been, but it has never been Halep’s favourite surface.

However, the former world number one has definitely improved on the turf and hopes fighting spirit will get her through on Centre Court.

“I will believe that I have my chance to win against her,” Halep said. “Of course, I respect a lot what she has done and what she’s doing.

“But now I feel stronger mentally facing her. We will see what is going to happen. It’s just a big challenge for me.”

Halep did win the French Open in 2018 to break her Grand Slam duck and can draw on that memory on Saturday afternoon, but the pressure of facing a Wimbledon legend will be tough.

She may well take a set but it will be tricky to get past a determined and motivated Williams in front of a packed house at SW19 (Williams 2-1 – Set Betting – 11/4).