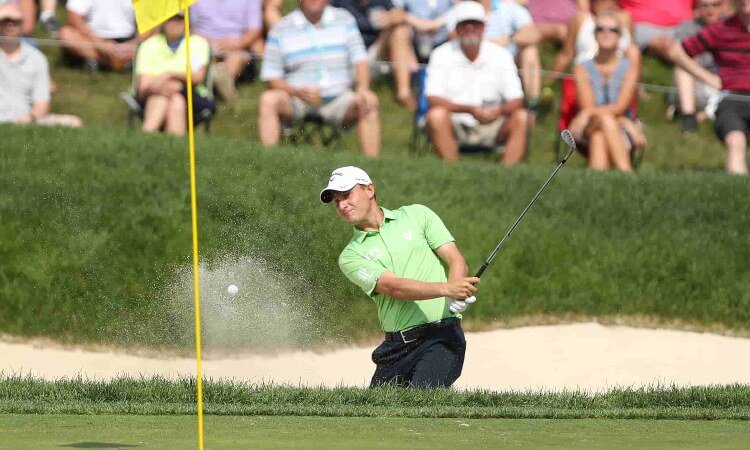 After the thrills and spills from the US Open and the spectacular Pebble Beach, the PGA Tour returns this week with the Travelers Championship from TPC at River Highlands. Let FansBet golf expert David Kristiansen guide you into making the winning putt with his betting preview and tips for the event.

What Happened At The US Open

After a highly entertaining week at one of the best courses in the world Gary Woodland managed to hold off Brooks Koepka in his search of the U.S Open three-peat to secure his first major championship. The American really shoved class coming down the stretch and his 3-wood from 265 yards on 14 which set up a tap in birdie and his delicate pitch on 17 will go down in U.S Open history.

In his last 9 major starts Koepka has now finished in the top 2 on six occasions cementing his status as the best player in the world.

The best amateur in the world Viktor Hovland yet again showed off his amazing talent finishing T12 and setting a new scoring record by an amateur in the U.S Open beating Jack Nicklaus` record from 1960 by two shots. He joins Matt Kuchar and Phil Mickelson as the only ones to finish as low amateur in both the Masters and the U.S Open. Watch out for the young Norwegian this week at the Travelers where he makes his first start as a professional.

US open Final Round Highlights

About TPC At River Highlands

Greens: Poa (With bentgrass mixed in)

The Connecticut course is one of the shorter on tour and with some of the easiest fairways to hit this usually turns into a wedge fest. This is also the course where Furyk shot his 58 so length off the tee shouldn’t matter as much as most weeks.

The greens are just under tour average in size and with a poa/bentgrass mix. The course has two par 5s with one of them being reachable by all in the field and one driveable par 4 that most players will go for.

The winning score is usually around -15.

The immaculate ball striker gained over 8 shots on approach last week at the U.S open, but couldn’t putt to save his life. The slower greens this week should help off set his weakness on the greens.

He is 4th in total approach play and ranks in the top 30 in par 5 scoring and fairways gained as well against the field this week.

The Canadian started the year off with a nice runner up finish at the Desert Classic, but then fell off the face of the earth losing strokes on approach in 6 straight tournaments. He has turned it around in the last month gaining strokes in all four major categories on 3 of 4 occasions peaking with a T6 at his home open two weeks ago.

He didn’t play the U.S Open so he should be fresh to compete at a course that fits his skillset nicely. Even though he is not anywhere near the longest on tour he actually ranks 4th in par 5 scoring over the past 50 rounds. His preferred putting surface is poa and he is also quite a lot in the positives on bent.

The young Taiwanese missed the cut at his first major in over two years last week, but before that it has been a breakthrough season for the UW graduate. Winning for the first time on tour at The Heritage and following up wit a T3 at The Charles Schwab few weeks later.

Both those courses are on the shorter side as well so TPC River Highlands should fit his game perfectly. Ranking in the top 6 in proximity from both 125-150 yard and 150-175 yards over the last month. He has played the tournament 3 times with one missed cut, a T25 and a T8.