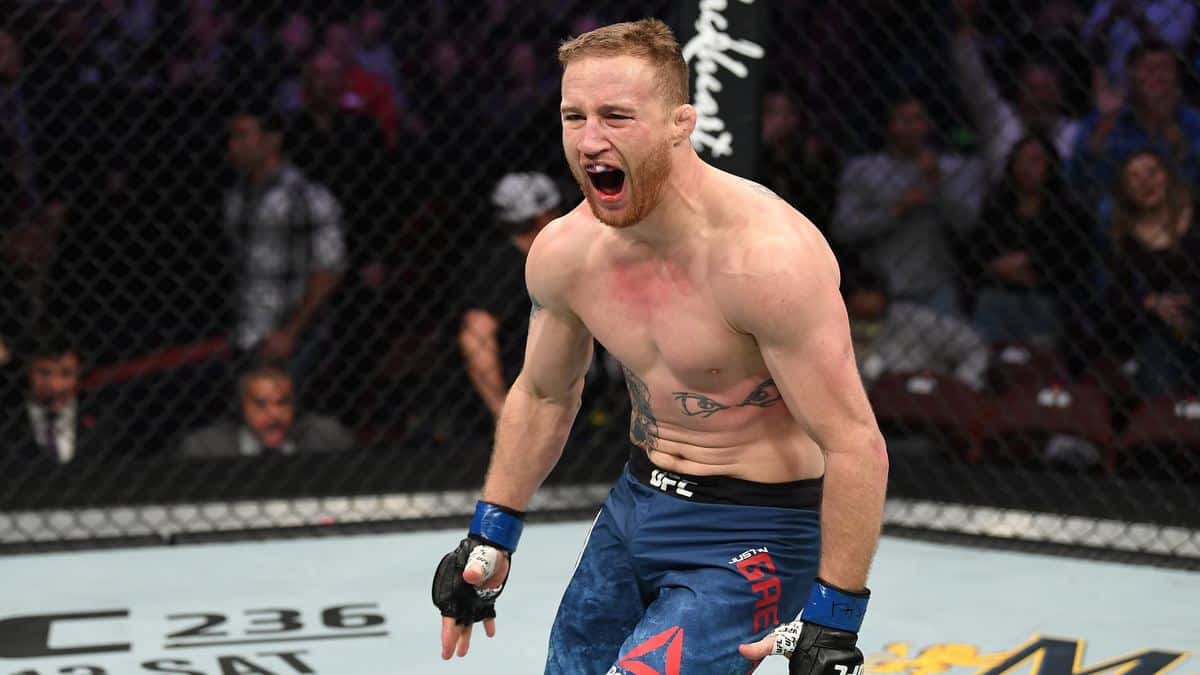 It was on, it was off and now it’s back on again. Dana White has fulfilled his pledge to carry on the UFC amid the global pandemic – and he’s produced a card some are saying is one of the most-stacked in the history of the sport.

When a fight between Donald Cerrone and Anthony Pettis is placed on the *prelims* you know you are going to witness something special.

White hasn’t got his private island he has spoken about for many weeks now – he’s secured the VyStar Veterans Memorial Arena in Florida which will host a PPV and two Fight Night’s in the space of seven hectic days for the sport.

After Khabib Nurmagomedov pulled out due to travel restrictions, barring the announcement of Conor McGregor, Gaethje was arguably the next best opponent Dana White could find.

We can expect nothing short of a slugfest from two men who know how to only fight one way – coming forward and taking the fight to their opponent.

El Cucuy has sent a warning to his opponent by admitting he’s “ahead of schedule” and that he hasn’t “had this confidence in a long time.

He’s not getting out of the cage.” Ferguson is the 155lb Boogeyman of the division, he’s on a 12-fight winning streak (dating back to 2013) which has seen him take out Rafael dos Anjos, Anthony Pettis and Cowboy Cerrone in three of his last four fights.

If he can shake off the disappointment of failing to face lightweight king, Khabib (for the fifth time) then he may well become a two-time interim champion with the likes of Nurmagomedov and a certain Conor McGregor waiting in the wings.

The second title-fight of the evening sees Henry Cejudo defend his bantamweight title against Dominick Cruz, and like Tony Ferguson he will need to adjust to a change in opponent after Jose Aldo pulled out for similar reason to Khabib.

Cejudo hasn’t been seen in the Octagon since his main event win at UFC 238 where he KO’d Marlon Moraes.

The 2008 Olympic gold medallist isn’t short of confidence, after becoming a two-weight world champion he famously claimed he is the “greatest combat athlete of all time, and I just stole the title of best pound-for-pound fighter too.”

It looks like it could be a difficult night for Cruz, who hasn’t fought since 2016, the two-time bantamweight champion has the likes of TJ Dillashaw and Urijah Faber on his CV but this may be one step too far after such a long lay-off.

Elsewhere on the card we see the box-office heavyweight Francis Ngannou take on Jairzinho Rozenstruik.

One of the most terrifying heavyweight’s in UFC has won his last three bouts in a combined time of 2 minutes and 22 seconds.

He beat Cain Velasquez in 26 seconds, Curtis Blaydes in 45 seconds and then Junior dos Santos in a less impressive time of 1 minute 11 seconds.

All three were by way of punches and it’s fair to say that he may well add to that come Saturday night.

The pair have a combined 19 KO’s from 24 fights, it’s fair to say both men will be looking for the big punch from the start and it may be one of those fights where a blink-and-you-miss-it moment happens.

Whoever wins though is likely to be looking at Stipe Miocic’s heavyweight title with a keener eye than before.

A fight between Donald Cerrone and Anthony Pettis would usually take place on the main card of a PPV, however this is no ordinary card and Dana White is spoiling fans by putting on this showcase bout on the prelims.

These pair met in 2013 where Pettis won in round one, Cerrone later admitting that his liver had been “kicked out of his body”.

Since then a lot has changed, Cowboy has faced most of the UFC big-boys and famously comes off the back of that loss to Conor McGregor.

Pettis similarly facing most of the star names comes from two defeats to Carlos Ferreira and Nate Diaz.

Both will be looking to kick-start their campaigns again with the loser facing an uphill struggle to reach past successes.

Get a UFC Betting Bonus at  Bet365