Rodgers Revolution at Leicester can begin in earnest this season

WATCH: The 2016 Premier League Champions have endured three seasons of mediocrity since winning the title but Pete Selby from For Fox Sake believes things are about to change.

Following Brendan Rodgers’ move south last February all eyes will be on the Foxes going into the new campaign with much expected of a Leicester side who look to have plenty to offer.

Since shocking the world of football and winning the Premier League title in 2016 Leicester have endured something of a hangover having finished ninth in the last two seasons, but there’s a new sense of optimism around the club ahead of the new campaign and with good reason.

After a brief glimpse of things to come in the latter stages of last season, Foxes fans will be hoping that the Brendan Rodgers’ footballing revolution will take full effect during the 2019/2020 season.

“Anything less than a top six finish will be disappointing,” says Pete Selby from For Fox Sake podcast. “Because of the players we’ve signed and because Brendan Rodgers is here. We’ve had that two or three year gap since winning the league and we’re now building on that success.

“We started last season with a manager who didn’t have the support of the fans and the new chairman has really proved his metal by identifying Brendan Rodgers as a target and bringing him to the club.” 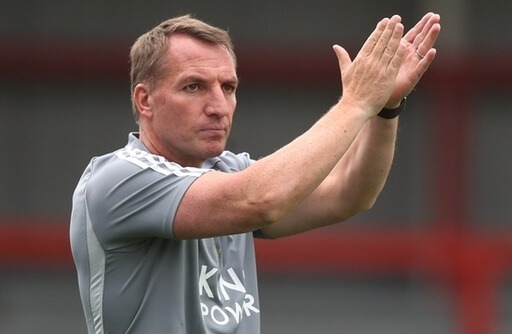 FansBet caught up with Pete during their tour of all 20 Premier League grounds and he feels the positivity ahead of the new season is justified.

“The promise the manager has been given in terms of money to spend, the fact we’ve got a £100 million training ground opening next year, plus we’re making improvements to the ground, so  the club’s really moving forward, all built on the success of 2015/16.”

You can view the full interview with Pete as well as catching the rest of our season previews from around the Premier League grounds below: