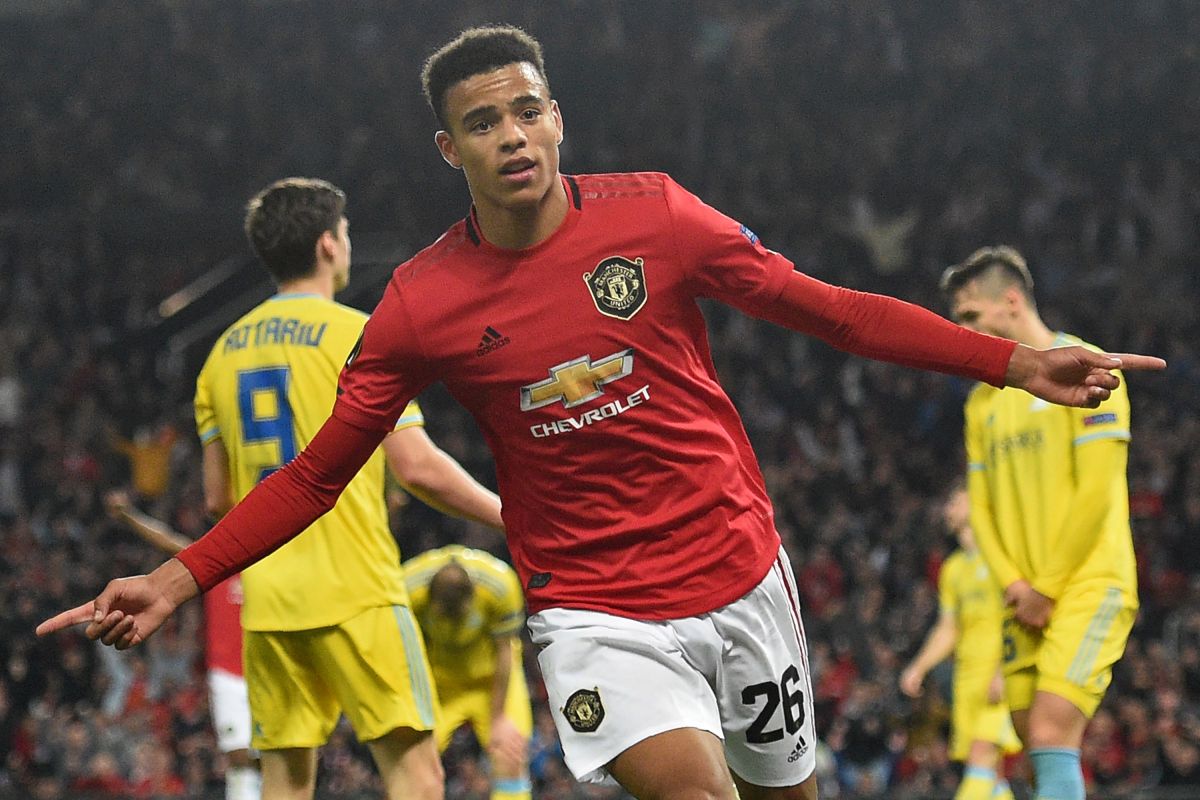 The 17-year-old’s 73rd-minute strike saw United labour to a 1-0 victory over minnows Astana at Old Trafford in their Europa League opener.

There are high hopes for Greenwood, who has made some appearances as a substitute this season.

And he repaid the faith showed in him by the boss when he conjured up a good piece of skill before firing the ball through the goalkeeper’s legs to give United the three points in what was an uncomfortable game for them.

On Greenwood, Solskjaer said: “We always know that in and around the box that he’s one of the best finishers we’ve got and I’m happy he got his goal.

“I’m sure he’ll go home tonight and he’ll be happy with that one.

“It’s not an easy place to make your debut in a game like this when you don’t get a goal but Mason won us the game so we’re very pleased for him.”

Other United youngsters also started the game, with Angel Gomes, Tahith Chong, both 19, and Axel Tuanzebe, 21, given a chance to shine.

And Solskjaer admitted United were not at their best but claimed this was because the team he put out were lacking in match practice.

He added: “We made it hard for ourselves because in games like these you can make sure that you win the game in the first 20 minutes if you take one or two of the chances and then you can enjoy it.

“You could see that some of our lads needed games but it’s pleasing that we got the three points.

“We think tonight was a great opportunity for them [the young players]. We wouldn’t throw them in if we didn’t feel they were ready but you can still see they need game time.

“You get your rhythm when you play every week so some of them won’t play against West Ham but will play against Rochdale [in the Carabao Cup] next week.

“If you want to make it as a Man United player, you have to handle the fans that’s for sure.

“I thought Angel [Gomes] did well, also Chongy [Tahith Chong] showed glimpses so they’ll be better for it.”