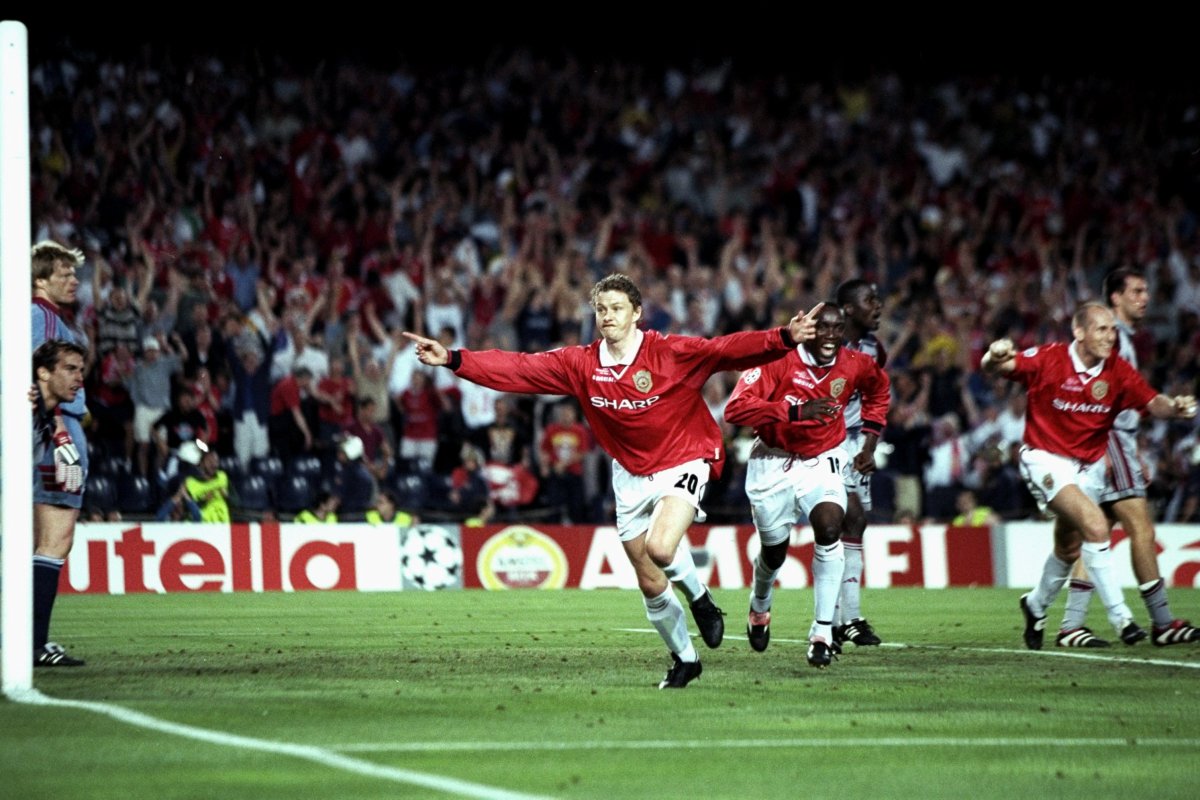 Manchester United released their new shirt for the 2019/20 season last week by paying homage to their incredible treble success 20 years earlier and have taken fans even closer to that historic night in Barcelona.

That famous season, saw United win the Premier League, FA Cup and Champions League and that unprecedented success has yet to be repeated by any other English club.

In a video posted on United’s official Twitter page to launch their kit, a fans perspective of the moment they won the Champions League in stoppage-time at the Camp Nou is shown and is sure to give the most ardent of supporters goosebumps.

Those strikes from Teddy Sheringham and Ole Gunnar Solskjaer have been acknowledged on the shirt with 90+1 and 90+3 printed on the sleeves.

The dates of the FA Cup final win over Newcastle United and decisive Premier League match against Tottenham are also displayed.

A new commemorative crest in the shape of a shield will been seen on the kit, while it has a tiger pattern featuring a dark purple two-tone design.

The new kit will be worn for the first time during the Treble Reunion match at Old Trafford on May 26.

Members of the first team will then get a chance to wear it during the pre-season game in Perth on Wednesday 17 July, during the second game of Tour 2019 against Leeds United.

Amazingly, United had concerns over Sir Alex Ferguson ahead of their treble-winning season.

“At the time we felt we’d slipped a little bit, having won the double two years before,” chief executive Martin Edwards told talkSPORT as part of a special documentary called ‘Football, Bloody Hell! How United won the Treble’, adding that Ferguson was even asked to return from his holiday early for crisis talks.

A special documentary called ‘Football, Bloody Hell! How United won the Treble’ featuring contributions from Teddy Sheringham, Andy Cole, Steve McClaren and Martin Edwards will be aired on talkSPORT at 9pm on Thursday 23 May