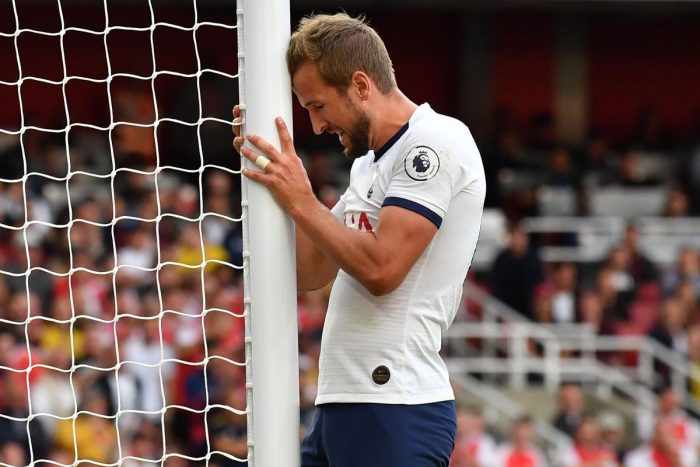 Mauricio Pochettino’s men were sitting comfortably after Kane tucked away a first half penalty to add to Christian Eriksen’s strike at the Emirates.

Spurs have not won a league game at the Emirates Stadium since November 2010 and were pegged back to draw 2-2 thanks to Pierre-Emerick Aubameyang.

Kane’s penalty – his 10th goal in his last 10 games against Arsenal – put them in prime position to end their hoodoo in this fixture.

And Motson believes the England captain will be extremely displeased with the way Spurs crumbled under pressure.

“Arsenal are still probably fragile in the sense of their defence,” the legendary commentator told Hawksbee and Jacobs. “And I think Spurs are good going forward, but are a little bit fragile at full-back I would say.

“I mean, they haven’t got a recognised right-back!

“The thing is, Harry Kane must be feeling pretty sick because to score his tenth goal in the north London derby – which equals the Bobby Smith record of many years ago – only to see his side lose a two goal lead.

Graham Roberts says there is a referee vendetta against Tottenham

“I think the key moment was just before half time, I was thinking ‘If Spurs go in here two-nil up what a great opportunity they have got’.

“But I had a feeling that goal was going to come.”