It wasn’t that long ago that Khabib Nurmagomedov was slated to take on Tony Ferguson in the main event of UFC 249. However, Numagomedov has been unable to get out of his native Russia as a result of temporary global travel restrictions. The event, which was supposed to take place in April in Brooklyn, was subsequently postponed for obvious reasons.

Following a delay, Dana White announced that UFC 249 would instead take place in Jacksonville, Florida, on May 9. The main event would pit Ferguson against Justin Gaethje with Numagomedov unavailable. While Ferguson-Gaethje was a highly-anticipated bout in its own right, it’s safe to say it didn’t generate quite as much buzz as a Ferguson-Khabib battle would have.

While many fans still want to see Nurmagomedov take on Ferguson upon his return to the Octagon, Justin Gaethje has thrown a wrench into those plans. Gaethje surprisingly beat Ferguson by TKO in the fifth round of Saturday’s main event, which means he is now the interim lightweight champion.

Gaethje beat Ferguson as a +160 underdog, which is a fairly sizable upset. While we don’t know when Gaethje will fight Khabib, the current interim champion has already said that he has his eye on Nurmagomedov.

After his stunning victory, Gaethje said, “Khabib is the best in the world. I’ve been working since I was four for challenges like this and I’m happy to represent the United States of America against Dagestan or Russia’s best. He’s 28-0 and there’s no other challenge I want right now. I want to fight him.”

While Gaethje beat long odds to get past Ferguson, he’ll likely be an even bigger underdog whenever he takes on Khabib. In fact, one sportsbook has already gone ahead and slapped some early odds on the hypothetical future showdown:

Gaethje stopped Ferguson’s 12-fight winning streak on Saturday night. While the victory was no small feat, becoming the first fighter to beat Khabib would be an accomplishment on another level entirely.

Will Khabib Face Gaethje or McGregor?

While it seems likely at this point that we get a Khabib-Gaethje showdown, there is also a chance we see Nurmagomedov get another challenge from Conor McGregor. The two are clearly the biggest names in the sport right now, and their bitter rivalry is no secret.

Nurmagomedov beat McGregor by submission in the fourth round of their first fight in Las Vegas back in October of 2018. McGregor returned to the Octagon this past January, where he beat Cowboy Cerrone by TKO in the very first round.

Gaethje is now 22-2 overall, with his only two losses coming to Eddie Alvarez and Dustin Poirier in 2017 and 2018. Gaethje has now won each of his last four fights. Ferguson’s defeat was his first since losing by unanimous decision to Michael Johnson in May of 2012.

Some believe that Ferguson may have simply overlooked Gaethje, which could have been the reason for his surprising loss. Ferguson had to cut weight twice in a short span, and he may have been looking ahead to his eventual bout against Khabib.

Gaethje has improved as a fighter quite a bit over the years, and it’s safe to assume that he’ll give Nurmagomedov a run for his money once they finally tangle in what may wind up being the most-anticipated event of 2020. 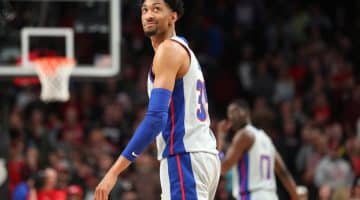