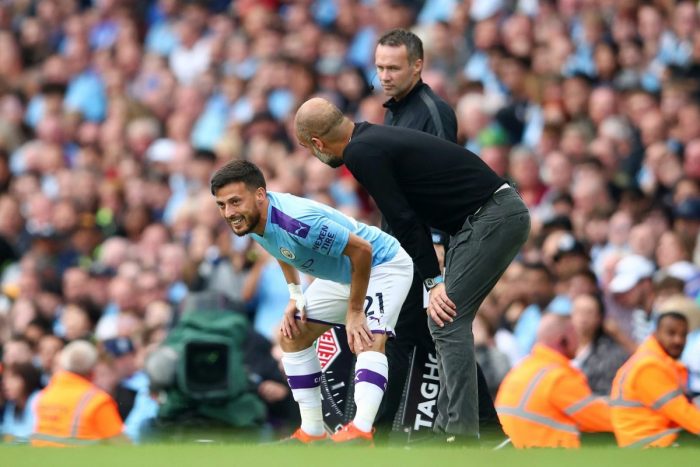 Manchester City captain David Silva has been brought back into the first-team fold as the Premier League champions travel to Bournemouth on Sunday, kick-off 2pm.

The Spaniard only came on as a substitute during their disappointing draw to Tottenham last weekend but will lead the team out at the expense of midfielder Rodri.

This will be Silva’s 400th appearance in City colours since he signed for them in 2010.

Other than that, City are unchanged with Pep Guardiola also starting striker Sergio Aguero despite their dispute during the Spurs came following the manager’s decision to take the Argentine off in the second-half.

Cherries boss Eddie Howe has named five defenders in his team with Liverpool loanee Harry Wilson, who scored in their victory over Aston Villa last time out, dropping to the bench.

Chris Mepham has been recalled to Bournemouth’s starting line-up and the Wales international will work with Adam Smith, Steve Cook, Nathan Ake and Charlie Daniels in a bid to keep City’s star-studded attack out.


Emery claims Arsenal are closer to Liverpool despite 3-1 defeat

Saturday is GameDay on talkSPORT and talkSPORT 2 as we become your go to destination for all the Premier League action. We’ll bring you LIVE commentary of Premier League games across all three time slots on Saturday – 12.30pm, 3pm and 5.30pm – delivering award-winning coverage to more GameDay listeners than ever.