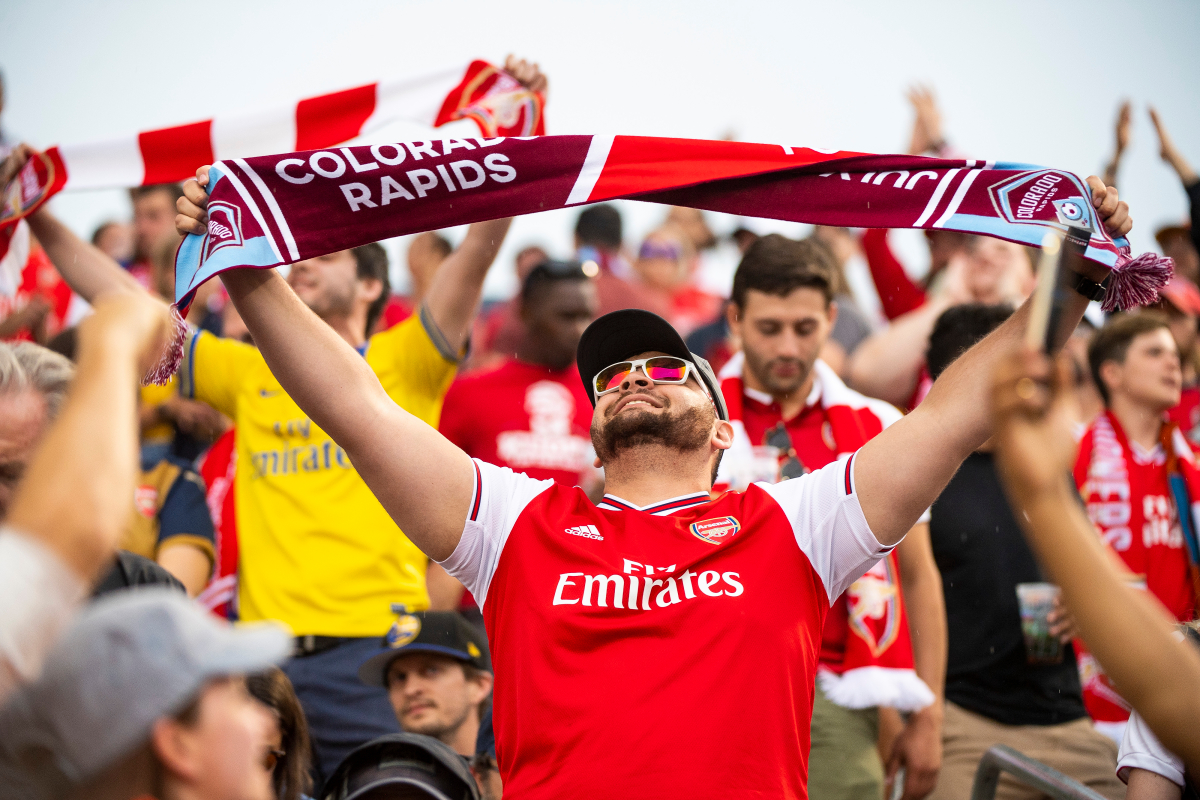 Arsenal’s pre-season tour of the United States got off to a fine start as they ran out 3-0 winners over Colorado Rapids.

A youthful team were in fine fettle as they put their MLS opponents to the sword at Dick’s Sporting Goods Park.

Starlets Bukayo Saka and James Olayinka got on the scoresheet in the first-half, with the latter capitalising on some dodgy play by the Americans.

But there was a great moment for new signing Gabriel Martinelli too as he grabbed the third goal, guiding home a firmly struck cross from Dominic Thompson just after the hour-mark.

The 18-year-old has looked really promising in his first Arsenal appearance, and he's capped his fine display by flicking home Thompson's cross from close range to give us a third! 😎#ArsenalinUSA 🇺🇸 0-3 🔴 (61)

And the Brazilian wonderkid, 18, impressed many supporters who stayed up to watch the match, which kicked off at 2am BST, as you can see from the reaction on Twitter below.


Every confirmed and leaked Premier League kit for next season, including Man United

From what I have seen Gabriel Martinelli is a bit like Alexis Sanchez in terms of style not behaviour.

Martinelli's goal though. A striker's goal. If you can't chest the ball, hit the ball hard with it and get on target. I like that

Who needs Zaha and Malcom when they've got Saka and Martinelli?💉💉

Martinelli is 100% 1st team quality on the wings

Gabriel Martinelli scored his first goal for Arsenal last night with his chest. It’s important not to overreact, because it was only one game against a poor Colorado Rapids side, but he’s the best thing to come out of Brazil since Ronaldo Nazário.

Martinelli’s work rate is fantastic. Constantly tracking back to help Jenkinson while being more than comfortable linking up play with the attack.

Martinelli should have done better with his shot early on but one thing that is noticeable about him is his eagerness to track back and defend.

Martinelli is a BALLER

That was a decent run out for the players, Saka was my MOTM, Martinelli had a good debut, and Kolasinac showed why we desperately need to sign Tierney.