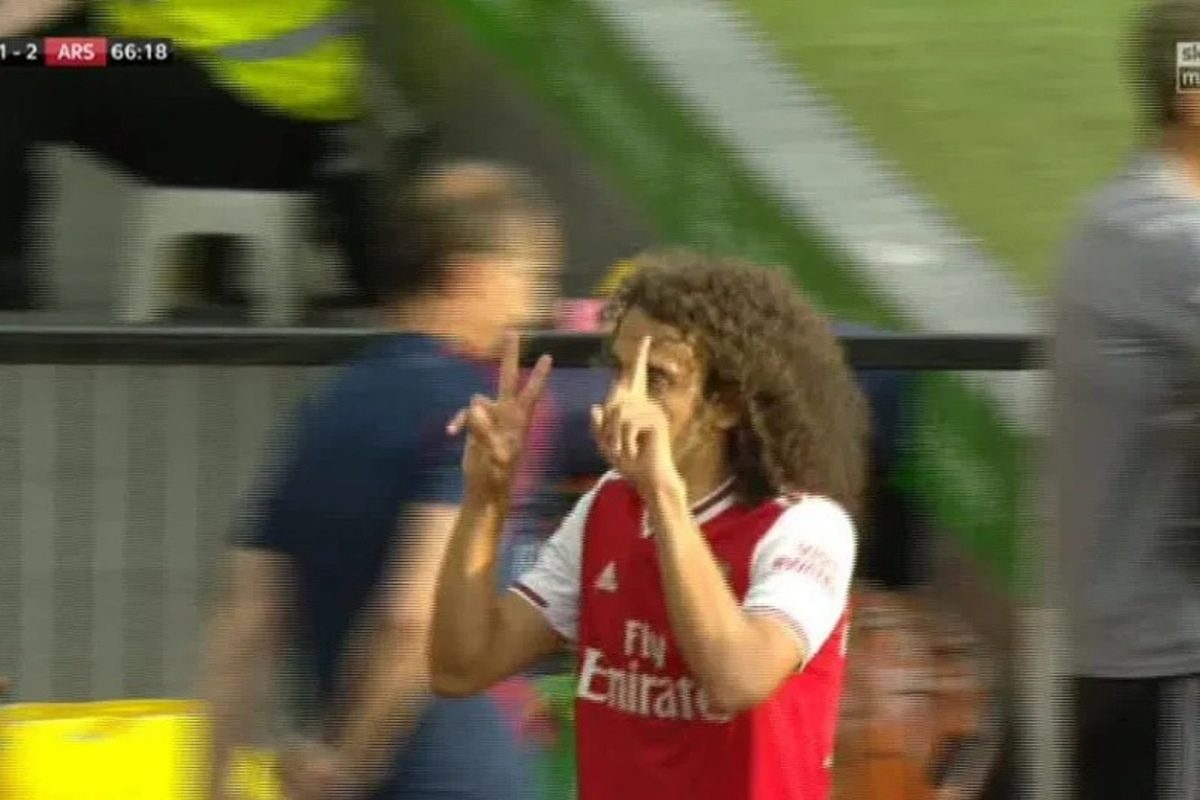 Well this is awkward.

As Matteo Guendouzi left the pitch at Vicarage Road to a chorus of boos from the Watford fans, he reminded them of the score – Arsenal were winning 2-1 at the time, though there was still more than 20 minutes to go.

Then Watford equalised through Roberto Pereyra’s penalty, with the Premier League game finishing 2-2.

And the Hertfordshire club couldn’t resist hitting back at Guendouzi.

Pierre-Emerick Aubameyang scored twice in the first half, but even manager Unai Emery was concerned.

“Physically they are stronger than us so we want to break the lines from the goal-kick and connect to Mesut Ozil, like we did with the first goal,” he said.


Arsenal blow two-goal lead as Watford fight back to draw

Arsenal faced 31 shots from the hosts, the most they have ever faced in a Premier League game since Opta began collating stats in the 2003/04 season.

In addition, it was the first time the Gunners were unable to win a game in which they were at least two goals in front since April 2016 when they drew 3-3 with West Ham.

Defensive errors cost the top four hopefuls, as Tom Cleverley had earlier reduced the deficit when Gunners defender Sokratis Papastathopoulos gave away possession inside his own area and David Luiz later conceded the penalty.

Unsurprisingly, Calum Chambers was trending on Twitter after the game, with some fans confused about why he has not played since the club’s clean sheet against Newcastle on the first day of the season.

I've been very lenient with Emery whole of last season. Sometimes even praising him over the top. But now, 2nd season, more scrutiny. The substitutions were questionable. To persist with Sokratis and not play Chambers, questionable. The overly conservative mindset, questionable.

Both Luiz and Sokratis have cost Arsenal goals and more importantly 4 points. Emery simply has to drop both for Chambers or Holding, and Mustafi even. pic.twitter.com/dE3XFCvMYr

“Arsenal had no control, no composure,” talkSPORT host Tony Cascarino wrote in his Times column.

“They needed to sign a defender this summer, someone who is cool under pressure and has leadership qualities — and they went and spent £8million on David Luiz, a player who has never embodied any of those qualities.”