Get the full preview on the Thanksgiving day game Texans vs Lions and read our verdict on who we think will be the winner.

The Texans are sitting at 2-7 on the season and one of the most dysfunctional teams in the NFL right now. After making questionable upper management moves which saw them fire highly liked staff members, they also have been completely under fire for how they traded all-pro receiver DeAndre Hopkins to the Arizona Cardinals for David Johnson. 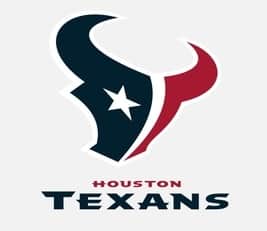 They also are going to be without multiple draft picks due to their inability to prepare for the future which leaves them in a very uncomfortable position moving forward. They have very little young talent on their roster which has heavily impacted this teams play this season and will for a long time coming.

Their only true superstar on the team is quarterback Deshaun Watson, who threw for 163 yards and a touchdown in the teams 10-7 loss to the Cleveland Browns.

The seven points they scored happened to be in the fourth quarter which means they were shut out for the first three quarters of the game to a below average defense.

They have the 20th ranked offense in the NFL and have just lost David Johnson to a concussion that will hold him out for the next few weeks, further limiting the options they have on that side of the ball. Watson is a great quarterback but there is only so much that he is able to do with the talent around him.

Their defense on the other hand is arguably the worst unit in the league. It is ranked 29th in the league and outside of J.J. Watt, there is not much talent. They are consistently beat on the ground and through the air, letting up a ton of points and multiple chunk plays to their opponents.

This entire team is going to need a ton of remodeling throughout the next few years but for this season they need to just understand that this is not going to be there year.

Detroit has had themselves a nice season, at 4-5 on the year and very much still in playoff contention in their division.

While they don’t currently have a winning record, they have surpassed many analysts’ expectations heading into the season. Including their last victory over the Washington Football Team 30-27 after holding off a vicious Washington comeback to win the ball game. 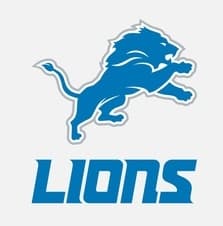 Matthew Stafford threw for 276 yards and three touchdowns in another solid performance for one of the most consistent quarterbacks we have in this league.

Rookie running back D’Andre Swift proved yet again that he is deserving of that number one running back spot as he took 16 carries and picked up 81 yards. They were also able to win without their star receiver Kenny Golladay, who has missed the past few games with an injury.

Their defense has been their main issue though, constantly allowing big plays and choking in big moments to cost their team wins.

They have had a number of games which saw them have the lead for the majority of the game, only to quickly lose that lead as the defense seemingly forgets how they played earlier in the game causing a huge comeback.

The matchup between the Lions and Texans is definitely going to be a strange contest. Houston’s struggles on the defensive side of the ball are going to be exploited by a very solid Lions offense that should be getting Golladay back this week.

Houston is also known for having a terrible run defense which doesn’t bode well for them as Swift has been feasting against opposing defenses in the run game lately and is primed for another huge game this week.

Flipping to the other side of the football, the Texans offense has been almost nonexistent lately. Their passing game hasn’t been coming together like they expected it to at all, with Will Fuller and Kenny Stills not providing the type of threat that Hopkins provided for Watson last season.

It also hurts that their offensive line isn’t very good at all and their tight end position is really lacking decent depth. Without Johnson, they are now left with Duke Johnson who they acquired from the Browns in the offseason and he is known for being a pass catcher out of the backfield.

They now have him in a three down back role which he has not performed well in so far.

While the Lions defense is very bad as well, they have enough decent positional players in order to throw off the awful Houston offense by shutting down their rushing attack and forcing them to throw the ball downfield.

If Detroit is able to follow the same game plan that the Browns did last week that limited them to seven points, then they should have no problem shutting the Texans down.

It also helps that the Lions should pick apart the Houston defense that has struggled against every single opponent they have played so far.

This game definitely has the possibility to go either way, but the Lions are superior in almost every category in this matchup and should be able to dominate this game for four quarters. Take Detroit for this Thanksgiving Day matchup.