Home NFL Betting Picks Odds to Be Selected in 1st Round of 2020 NFL Draft
1. 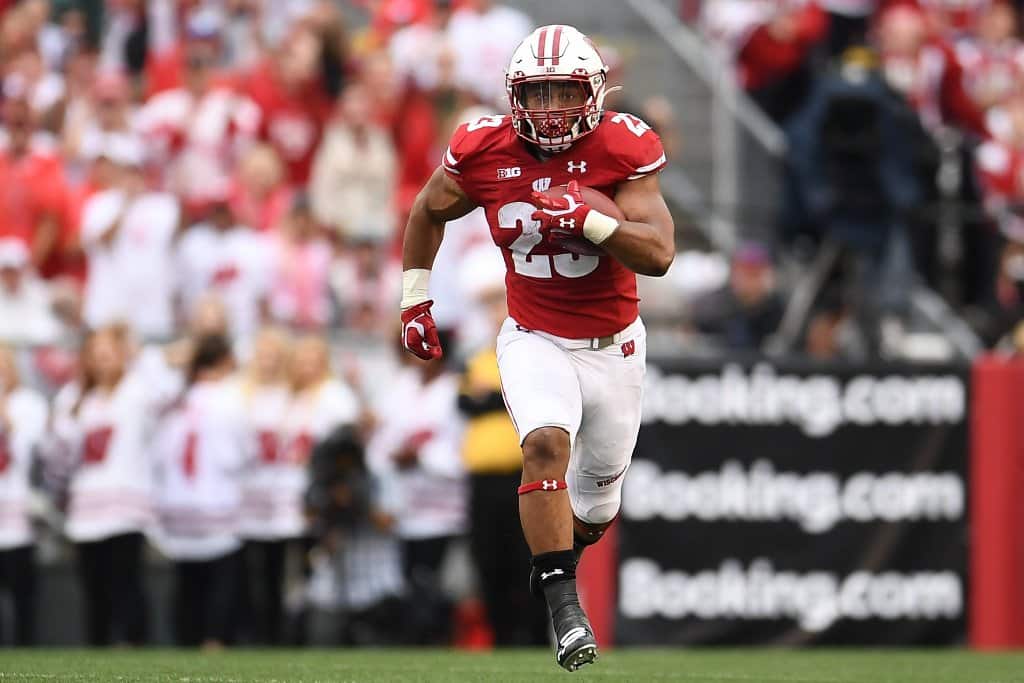 The 2020 NFL Draft has been moved from Las Vegas but as of now, it is still expected to take place from April 23rd-April 25th.

We’re not exactly sure how 2020 NFL Draft will take place or where it will be located, but we do know it’s coming up. While we know that quarterback Joe Burrow is a near-lock to go first overall and is surely a first-round pick, props are posted on a whole host of other players where we can bet if they’ll be drafted in the first round. Let’s take a closer look at the props.

Will The Player Be Drafted In First Round of 2020 NFL Draft?

Yes Odds
No Odds at BetOnline

Aiyuk Won’t Be Drafted In First Round

The 2020 NFL Draft is loaded with good receivers and we should see at least five or six of them go in the first round. That includes CeeDee Lamb of Oklahoma, Jerry Jeudy and Henry Ruggs III of Alabama, Justin Jefferson of LSU and Laviska Shenault Jr. of Colorado.

Brandon Aiyuk is one of the top receivers in a loaded draft class but he’s a notch below that top tier. I would even put guys like Tee Higgins and Jalen Reagor ahead of him. While Aiyuk had a strong senior year with 1,192 receiving yards and eight touchdowns, he looks more like a second-round pick to me. There are too many good wideouts ahead of him.

We know that the running back position has decreased in recent years as teams can find great value in the second, third and fourth rounds. Just take a look back to last season when the Bills drafted Devin Singletary in the third round and still got a healthy 775 rushing yards out of him on 151 carries.

Taylor was a combine star, posting a 4.39 40-yard dash time. The issue here is not a lot of teams need running backs. The Kansas City Chiefs could use a back but someone like D’Andre Swift makes more sense for them. Other teams at the back of the first round like Baltimore, Tennessee, Green Bay and San Francisco don’t really have a need.

Even as you go further up the board, I could only see the Miami Dolphins possibly spending their first-round pick on a running back; everyone else is fairly set at the position. Will they do that after signing Jordan Howard to a deal and still having Kalen Ballage, Patrick Laird and Myles Gaskin on the roster? I doubt it. Bet Taylor to miss the first round.

Mims Worth a Flier to Go In First Round

One of the hottest names flying up the boards has been Baylor wideout Denzel Mims. He ran a 4.38 40-yard time at the NFL Combine and that was after having a good combine showing. At 6’2”, 206 pounds, he has a big frame and is a tantalizing red zone prospect. He had 12 touchdown grabs last season.

When you look at the latest mock drafts from CBS, Bleacher Report and NFL.com, they all have Mims being drafted in the first round. I would bet on that to happen as someone like Minnesota or New Orleans might snap him up in the 20s.

This article may contain links to external sports betting services. SBD may receive advertising revenue from these links, however editorial has hand-picked each individual link based on relevance to the article, without influence on the coverage.