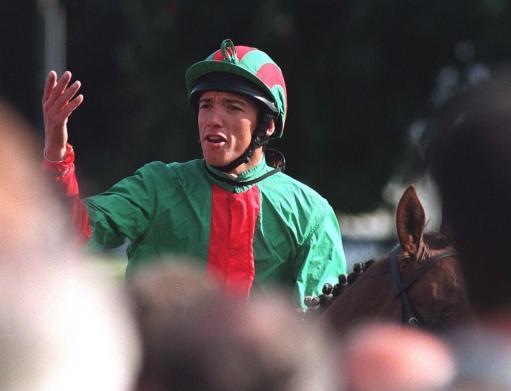 Nielsen is happy to wait until 2020 for his leading stayer to mount a challenge for Europe’s greatest race.

Unbeaten in ten starts, Stradivarius has won the Gold Cup at Royal Ascot twice while also raking in £2 million in bonuses for twice winning the Weatherbys Hamilton Stayers Million.

The five-year-old’s dominance has led to talk of potentially dropping back in trip to a mile and a half for the Arc next month, but Nielsen is not convinced about the merits of challenging another one of John Gosden’s stable stars at Longchamp.

Enable will be bidding for an unprecedented third Arc success and Dettori (pictured), who has been aboard Stradivarius for nine of his ten straight wins, will inevitably choose to partner the superstar mare in Paris.

Asked if an Arc challenge was on the cards, Nielsen said on Thursday: “No, not this year with Enable around. It’s the same yard and the same jockey [as Stradivarius].

“He’s been entered the last couple of years and it’s in our thoughts but I wouldn’t do it with Enable around. Apart from the fact she’s very good, Frankie Dettori would ride her, obviously, instead of Stradivarius.

“We’ve not really tried him over a mile and a half since he’s gone staying distances. He has a big turn of foot and there’s nothing to say he won’t be as good over shorter, and it’s well known that he’s staying in training [next year] as long as he’s fit, healthy and enthusiastic.”

“We’re looking to go for the champions stayers’ race on Champions Day instead,” he added.