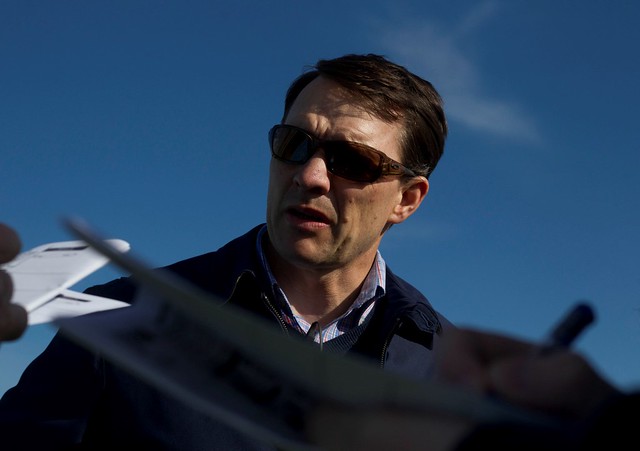 Trainer Aidan O’Brien has entered 11 horses into the Cox Plate as he bids to win the Melbourne Group One for the second time.

O’Brien enjoyed his only previous success in the race with Adelaide back in 2014, but since then Chris Waller’s superstar Winx has dominated the Australian feature, winning it four years in a row.

However, Winx’s retirement earlier this year has opened the door for a new winner and O’Brien has not held back after declaring 11 entrants, including Derby hero Anthony Van Dyck and Royal Ascot victor Circus Maximus.

O’Brien also has the likes of Japan, Hermosa and Fleeting in the mix, with the 49-year-old confirming he thinks all his entrants could produce a strong showing on the Moonee Valley course.

“To win a Cox Plate, you need a horse with plenty of tactical speed that gets a mile and a quarter well,” said O’Brien.

“We have entered 11 horses that we think might suit the race, but of course some of them don’t always progress as well as we were hoping.”

The Irish trainer feels Anthony Van Dyck and Circus Maximus are likely to be his best hopes for race glory on October 26, but he is yet to decide which horse will be his top seed.

“It’s probably too early at this stage to say who our number one seed is, we usually nominate a number of horses and then we will see how they progress from now.”