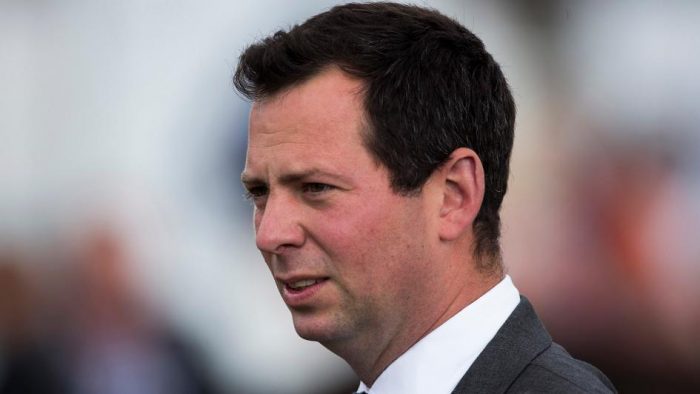 Trainer Charlie Hills says he is not worried by the changing conditions as he prepares to send Khaadem to Haydock for the Sprint Cup this weekend (Khaadem 4/1 to win – Antepost outright).

The three-year-old is one of the leading contenders for Saturday’s race after winning the Stewards’ Cup at Goodwood at the start of August.

The brown colt has now won four races in seven starts, but he failed to shine during his only previous run in a Group One contest.

He finished 10 lengths behind Advertise at Royal Ascot, but Hills is expecting his charge to handle the trip and the wetter conditions.

Hills told Sky Sports Racing: “They had a bit of rain there last week, but it shouldn’t be a problem. There’s maybe a bit more forecast later in the week, so the ground might be on the slow side, but he should handle that.

“It was pretty slow at Newbury when he won there in the spring, so I’m pretty relaxed really. We were quite far back at halfway (in the Stewards’ Cup). They probably came back to him a little bit, but he showed a good turn of foot and made a lot of ground up.

“We’ve been pleased with him since. It’s a big step up from a handicap to a Group One, but I think it’s the only way we can go really.”

Advertise remains the 9/4 favourite for this week’s race while Aidan O’Brien’s Ten Sovereigns is 7/2 to win.

Whenever you bet on Horse Racing, Betfred.