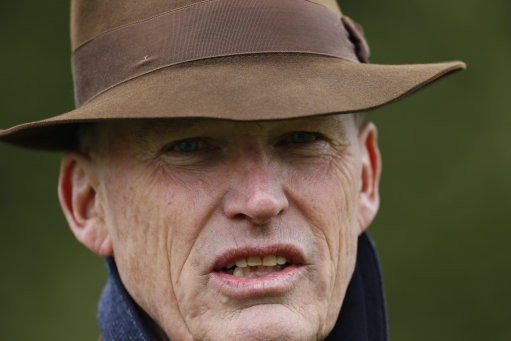 John Gosden is cautious ahead of seeing Logician put his unbeaten record on the line in the St Leger at Doncaster on Saturday.

The son of Frankel has won all four starts since debuting in May and will now aim to secure the final British Classic of the season on Town Moor this weekend (Logician 1/1 to win St Leger).

Logician was an impressive winner of the Great Voltigeur at York last month, taking the step up into Group 2 company in his stride as he travelled powerfully and fended off Aidan O’Brien’s Constantinople with a minimum of fuss after the front pair went clear of the field.

That cemented his place at the head of the betting for the St Leger and Gosden admits he has had this target in his mind since early summer.

“He has been in great form since York,” said the trainer. “He is a very relaxed character and he has a lovely big, long, loping stride. I thought (back in May) this might be a Leger horse.

“He has come a long way in a short time. The nice, long straight at Doncaster should suit him well.”

O’Brien’s Sir Dragonet – last spotted finishing a disappointing fourth in the Royal Whip at the Curragh last month – was a close-up fifth in the Derby at Epsom previously.

He’s 3/1 second favourite with Betfred for Doncaster glory and, according to Gosden, is one of a number on decent candidates in an 11-strong field.

“It will not just be Aidan and our one horse – there are other horses in play and I’ve mentioned one that won at Goodwood (Sir Ron Priestley). It has more depth to the field than people are making out,” he added.