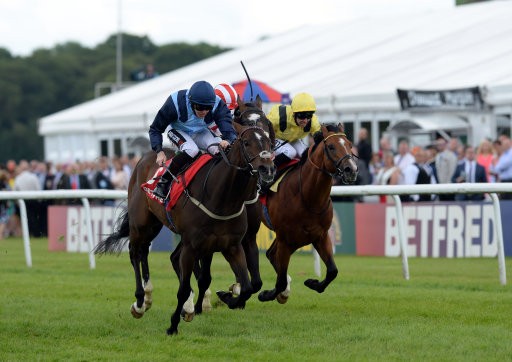 Trainer Mick Appleby admits Danzeno is likely to skip the Ayr Gold Cup on Saturday due to concerns over the condition of the ground (Danzeno 16/1 Ayr Gold Cup Winner).

The eight-year-old has enjoyed some decent form this year and been tipped by many to challenge in the Scottish showpiece this weekend.

He came home second last time out in the LNER Supporting CALM Garrowby Stakes at York but boasts two victories from six outings.

But with little rain forecast over the coming days the ground looks set to dry out and Appleby does not feel the going will suit his charge.

The handler was hesitant to rule Denzeno out completely but admitted it is unlikely they will make the trip with other races set to be considered.

“I don’t think he’s going to go, now the ground has dried up,” said Appleby. “He’d have run if the ground was good to soft. But it looks like it’s going to be good to firm, and if that’s the case he won’t be running.

“It’s a real shame, because I think he would have had a really good chance as he’s come right back to form.

“I’ve nothing particular in mind, but there are a fair few races in the next few weeks we can take a look at for him.”