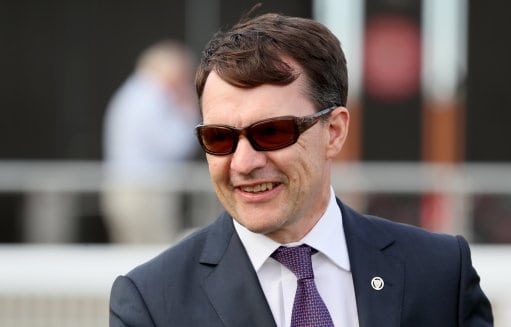 Trainer Aidan O’Brien says 2,000 Guineas winner Magna Grecia (8/1 to win race) is in line to make his return to action in next month’s Queen Elizabeth II Stakes at Ascot.

The three-year-old provided O’Brien with his 10th victory in the Newmarket Classic in May, but has not been seen since finishing fifth in the Irish equivalent at the Curragh later that same month.

Reports have suggested that Magna Grecia has been nursing a hamstring injury since that run and, although O’Brien hasn’t confirmed what the problem has been. However, the trainer has now revealed that the colt should return to action during Qipco British Champions Day on October 19.

“We had to give Magna Grecia plenty of time off but he’s progressing and had a racecourse gallop after racing at the Curragh on Sunday,” O’Brien was quoted as saying by the Racing Post.

“The plan is to bring him back in the Queen Elizabeth II Stakes on October 19 as long as we’re happy with him.”

It will be a big ask for Magna Grecia to deliver a Group One victory on his return to action and John Gosden’s King Of Comedy (5/1 to win race) appears to be the horse to beat. This is despite finishing just fourth during his most recent outing at last month’s Juddmonte International Stakes at York.