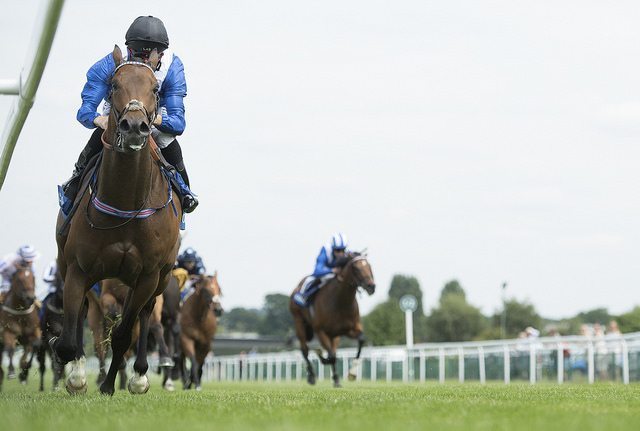 Trainer Charlie Appleby is confident that 2018 Derby winner Masar will compete when running in the Princess of Wales’s Tattersalls Stakes at Newmarket on Thursday (Masar 6/5 Outright Betting).

The four-year-old was last in action on June 22 when finishing fifth in the Hardwicke Stakes at Royal Ascot.

Appleby and connections used that race as a fitness run for Masar who had spent over 12 months on the sidelines. The son of New Approach has since impressed in training and connections are expecting a strong showing this week at HQ.

Although Masar failed to place last time out, Appleby is confident his stable star still has what it takes to compete at the highest level.

He told reporters: “He has definitely come forward for his run at Ascot. As we all know at Ascot he didn’t make the tidiest of starts and he was never in the position we would have liked to see him in.

“He came into the race really well but he just got a bit tired and he had nice blow afterwards.

“He was as fit as we could get him without getting a run in but that run has definitely brought him forward and his preparation has gone well from Ascot to the Princess of Wales’s and he will be better with that run under his belt.

“He is moving well and his fitness is good. He is clear on ratings and if the Masar we are seeing at home turns up then they have him all to beat.

Masar’s closest rival comes in the shape of Mirage Dancer (2/1), who will be partnered by jockey Ryan Moore.