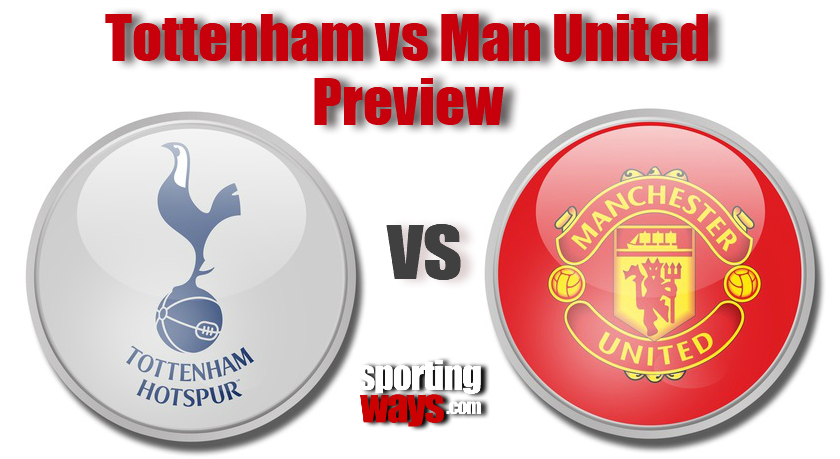 Tottenham vs Manchester United predictions and preview for the Premier League match on Sunday 13th, kick off: 16:30pm January 2019.

A lot can happen in a short span of time such as two weeks, if you don’t believe me then go ask the Manchester United fans who would’ve felt last two-week zip through. Times were tough at Old Trafford then came the super sub who as a player always delivered when called upon and maintained that track record as a manager, I’m talking about none other than Ole Gunner Solksjaer who has come as breath of fresh air for the Old Trafford faithful. Manchester United’s resurgence under Ole has seen them now extend their winning run to 4 matches, 4 relatively easy matches mind you but still you can only beat what’s in front of you and United have certainly made a habit of doing that under new management.

In the Premier League there are very few tougher tests than facing Tottenham, Spurs have recovered from that hiccup against Wolves. Heung-Min Son leaving for the Asian Cup is a big blow to Spurs who has scored 5 goals in the last four matches for Spurs, he also assisted the joint most goals over the Christmas period with 3 assists. While Spurs are without their man in red hot form, United are all guns blazing coming with a rejuvenated Paul Pogba who has scored 4 goals and assisted 3 goals over the Christmas period on par with Son.

Gone are the days when a United manager would just say “Come on lads, it’s Tottenham” before the game, that isn’t only because of how Manchester United have had a downfall after Sir Alex Ferguson but also because of how Mauricio Pochettino has built a solid team, which according to some echo’s Fergie’s early days at United. This maybe the reason why United seem to be interested so much in the Tottenham manager who has so far refused to comment on whether he will still be at Tottenham, come next season. Ole Gunner Solksjaer however has recently stated that he would love to stay on as the Manchester United manager and if he continues his winning ways there is absolutely no one stopping him.

Spurs won 3 – 0 when the two sides met in August at Old Trafford, Harry Kane got a goal, while a long time United transfer target Lucas Moura got two goals that day. It is certainly a different day and a different game so both teams will be prepared for each other. The game promises to be a good one with both teams having an attacking mindset as of late, Tottenham have scored the most goals over the festive period with 15 goals while United were a close second with 14 goals.

Manchester United are 10 points behind Spurs and they will certainly try and close that gap down while Spurs are just six points behind the league leaders Liverpool, Spurs know that a defeat would be a heavy blow to their title ambitions so both sides will really go for it. The game will be played at 16:30 BST on 13 January 2019, this is a game that you can simply not miss.