Mark Van Bommel's side are tipped as 9/2 favourites in William Hill's PSV vs Tottenham predictions, while the Lillywhites are betting at 23/10, and a potential draw trading at 16/5.

Tottenham To Win Both Halves – Was 4/1

With a 6-0 win against FC Emmen VV in this weekend's clash, combined with the fact that the Dutch side have done well against their English counterparts, betting tipsters believe that there is a very good chance that their winning streak will continue into this Wednesday's clash.

Hirving Lozano will be key for Van Bommel as he has already scored eight goals in his opening nine Eredivisie starts, and with odds of 11/2 in our football betting tips, we’re predicting him to score first.

Meanwhile, Luuk De Jong and Donyell Malen who impressed in the wins against Ajax and VVV, are also a strong forecast to be a part of the action at the Philips Stadium.

The pace and skill that PSV possess on the counter, which has seen them blast away lesser sides, will be their most potent attacking traits, and after Spurs struggled to contain Inter Milan's offence, we're projecting the Netherlands side to be just as problematic for the Spurs defence in our PSV vs Tottenham predictions.

Luuk De Jong could be one to watch in Wednesday's clash at the Philips Stadium.

PSV vs Tottenham predictions: Will Spurs bounce back after their defeat to Milan?

Spurs may be the outsiders, but they possess the perfect attacking unit to undo the PSV defence, and spearheading the attack is none other than Harry Kane.

While players like Dele Ali and Lucas Moura have impressed with their skill and pace, Kane's forward runs and striking ability has been his stand-out quality, and with odds of 11/2, we expect him to be Spurs' main threat.

The Englishman has scored once in his two Champions League starts, providing Spurs with a physical factor which will make him a prime target during corners and free-kicks against a tough Dutch side.

We've tipped him to cause problems for Denzel Dumfries and co as part of our PSV vs Tottenham predictions.

While our betting tips do see Spurs as the underdogs, we do expect them to come out of the traps quickly against PSV this Wednesday.

Despite not making any summer signings, Spurs have utilised their existing armoury efficiently enough to suggest that they can challenge Van Bommel's side, and a dominant first-half performance from players like Eric Lamela and Heu-Ming Son would not go amiss.

A hard-fought win over West Ham in the London derby, backed by another 1-0 victory over Cardiff City has proved that they are able to graft it out against more physical sides while playing their key players in consecutive games.

Yet what these performances showed was that Tottenham lack the luxury of bringing on a Gabriel Jesus or a Daniel Sturridge, and that could make the difference in their clash at the Philips Stadium.

Based on the odds, we're backing them to lose their supremacy in the second half, with the home team rising to the occasion to steal all three points.

PSV vs Tottenham: Can Mauricio Pochettino's side make history?

No team in the history of the Champions League has progressed past the group stages after losing their first two games, and sitting on zero points, Tottenham are now in a position to make history.

Pochettino's side impressed in their opening Premier League games but were brought back down to earth with a bump against Javi Garcia's high-flying Hornets. Since the defeat, they haven't been helped with tough Champions League clashes against Inter Milan and the Spanish Giants Barcelona- both resulting in losses.

Coming into this Wednesday's game, the odds are not in their favour, but the attacking presence of Kane and Moura provides the right ingredients for Spurs to culminate a successful beginning to the week. 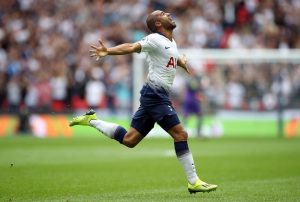 Head to head: who will rise to the occasion?

Both Spurs and PSV have only faced each other twice prior to this Wednesday's clash, with both teams accredited a 1-0 win each. Yet, the ball is, as they say, in PSV's court to emerge as victors on home ground and hammer home the final nail into Tottenham's Champions League coffin.

With odds of 23/10, Spurs have all the work to do, yet if they plan their approach appropriately, there is every chance that they could spoil the festivities for PSV this Wednesday and make history.