Home Football Man United vs Juventus: Why Ronaldo’s Return is just one of six reasons Juventus are a great bet
1.
Read review

Man United vs Juventus: Why Ronaldo’s Return is just one of six reasons Juventus are a great bet

Old Trafford welcomes back a favourite son as Cristiano Ronaldo returns to the club where he first made his name – his presence is just one of six reasons Juventus are a great price in the match betting against Manchester United.

The Bianconeri are 6/4 for victory at the ‘Theatre of Dreams’, while it’s 11/4 that the one-time Red Devils number seven scores in a win for the visitors. Both are cracking bets. Hold on tight for the reasoning.`

1) Ronaldo has had no qualms punishing United in the past

The 33-year-old bagged home and away against his former employers when Real Madrid bounced them from the Champions League at the round-of-16 stage in 2012/13.

Massimiliano Allegri’s serial Scudetto snafflers last lost on the frog and toad when going down to Sampdoria at Stadio Luigi Ferraris last November.

3) They’re flying on the road this term

United’s visitors are a perfect five from five on their travels this season and have scored at least twice in each of those successes. The last three of them have each come to nil, a feat they’re priced up at odds of 27/10 to repeat in Manchester. 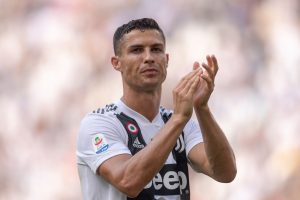 Ronaldo has scored in both previous meetings with Manchester United. Can he continue his goal-scoring streak this Tuesday?

4) They’re on a Champions League away winning streak

Ronaldo and friends will be licking their lips at the prospect of getting stuck into hosts that have won just one of their last five at Old Trafford, with even that requiring an improbable comeback after they’d gone down 2-0 to a very poor Newcastle outfit.

Jose Mourinho’s men have failed to beat either of their last two UCL visitors, going down 1-2 to Sevilla in last year’s round of 16 and drawing 0-0 with Valencia before the international break.

The post Man United vs Juventus: Why Ronaldo's Return is just one of six reasons Juventus are a great bet appeared first on William Hill News.