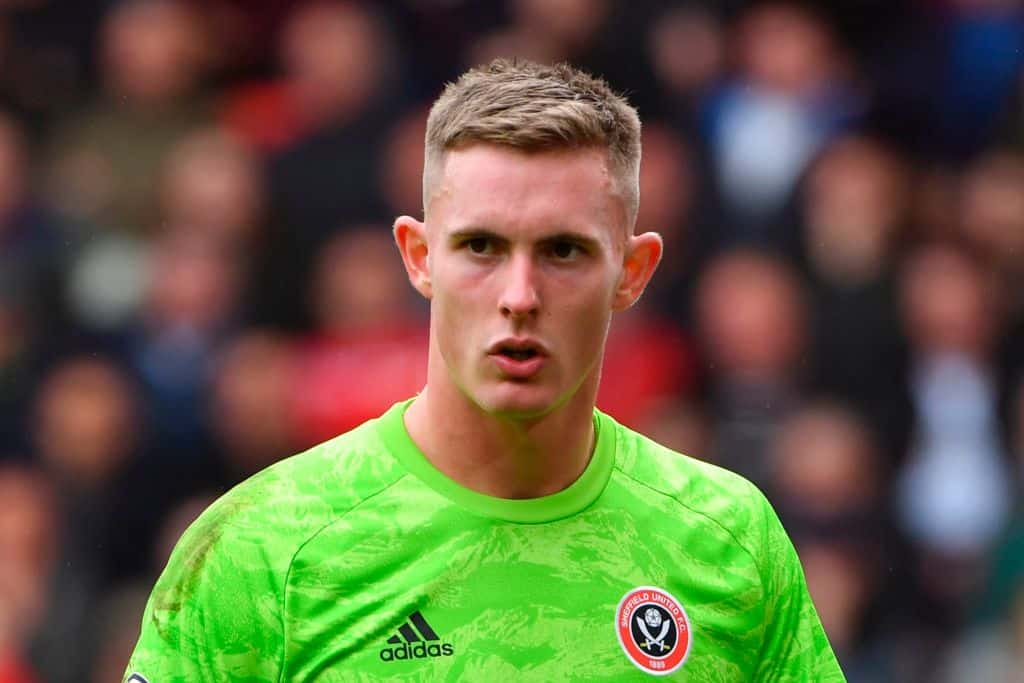 As per a report from the Sun, Manchester United have moved to ward off interest in Dean Henderson by offering the highly-regarded goalkeeper a new-and-improved contract.

23-year-old shot-stopper Henderson has spent the last couple of seasons on loan with Sheffield United.

After impressing during a stint in League One with Shrewsbury, Henderson subsequently made the step up to the Championship last season, where he went on to play an integral role in Sheffield United’s return to the Premier League.

Across 45 league appearances, the English talent racked up 21 clean sheets, cementing himself as a firm fan favourite at Bramall Lane.

And Henderson’s stellar form has since carried into his first experience of top-flight football.

This is a defensive record bettered only by top of the table Liverpool.

The end of the campaign, though, will see Henderson’s future up in the air once more, after his loan deal at Bramall Lane expires.

This is set to pose a dilemma for Manchester United, with David de Gea expected to continue to act as no.1 at Old Trafford next season, and Argentinian international Sergio Romero a highly-reliable backup.

The Red Devils’ conundrum, meanwhile, has resulted in speculation of late that other clubs could attempt to take advantage of Henderson’s precarious situation.

A recent report from the Mirror even went as far as to suggest that Chelsea are ‘poised’ to swoop for the Englishman this summer.

But, as per the aforementioned update courtesy of the Sun, United appear to have a plan in place to ward off all interest in Henderson.

It is claimed that those in charge at Old Trafford have offered their talented young shot-stopper a ‘bumper new contract’.

This deal would see Henderson handed a substantial pay-rise, to over £100,000-per-week.

Significantly, it is also added that Manchester United view Henderson as the club’s first-choice between the posts in the long-term.