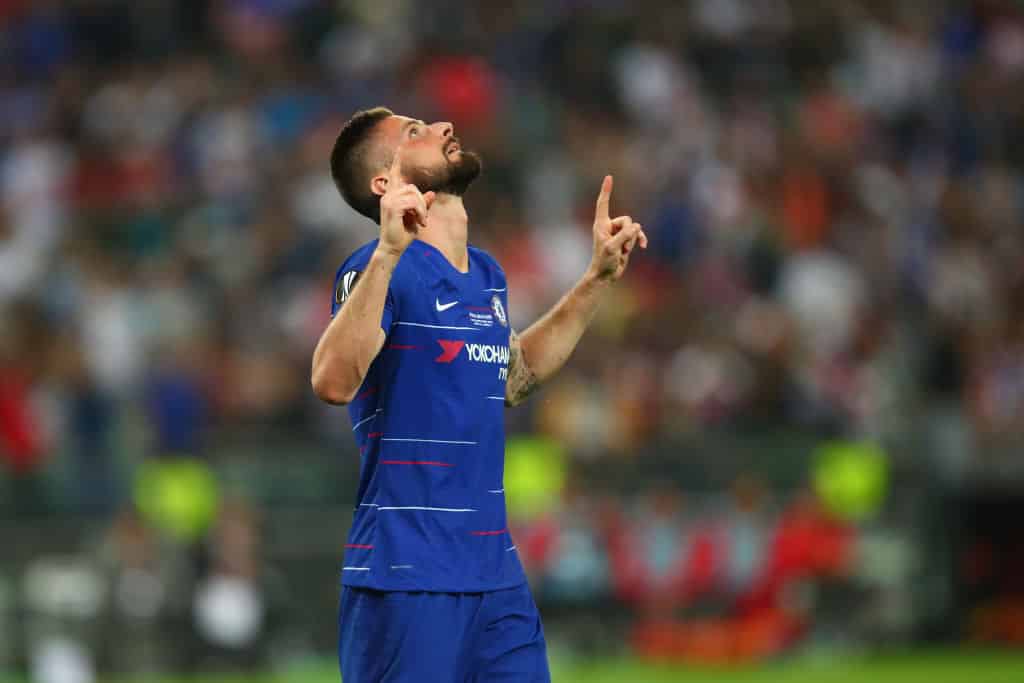 Reports stemming from Italy suggest that Serie A high-flyers Lazio remain keen on the signature of Chelsea star Olivier Giroud.

33-year-old hitman Giroud has been on the books at Stamford Bridge since January of 2018.

After Pierre-Emerick Aubameyang’s arrival at Arsenal pushed the Frenchman further down the attacking pecking order of the Gunners, Chelsea swooped to secure Giroud’s signature on deadline day.

And the veteran has since gone on to rotate in-and-out of the Blues’ starting XI, amid a number of changes in management.

Giroud’s most telling contribution to the Chelsea cause came last season in Europe, when the World Cup winner notched a hugely-impressive 11 goals and 4 assists en route to Europa League glory.

The opening-half of the current campaign, however, saw Giroud majorly struggle for game-time.

New Pensioners boss Frank Lampard had settled firmly on Tammy Abraham as his first-choice centre-forward, with Michy Batshuayi having also sat ahead of Giroud in the attacking pecking order at Stamford Bridge.

This saw the former Arsenal man manage just 2 starts across all competitions by mid-February.

As a result, rampant speculation throughout the winter transfer window saw Giroud linked with an exit from Stamford Bridge.

The likes of Crystal Palace, Tottenham and Inter Milan were all rumoured to have tried and failed in respective moves for the Frenchman in January.

But, as outlined above, another of Giroud’s winter suitors now look poised to reignite their pursuit of the veteran.

The outfit in question are Serie A outfit Lazio.

As per a report from Italian outlet the Gazzetta dello Sport, Simone Inzaghi’s men tabled an impressive proposal to Giroud in January, with the Biancocelesti having actually headed the queue for his signature.

Those in charge at the Stadio Olimpico, though, have not given up on their chase of the French international, with Lazio now viewed as favourites to clinch a summer deal, if Giroud does indeed decide to move on.

It should also be noted, though, that the possibility of the powerful striker remaining at Stamford Bridge also cannot be ruled out.

This comes after Giroud admitted that he is now once again ‘happy’ to be a Chelsea player, following an upturn in playing time of late:

I do my job the best that I can and I’m very happy to be back in the team. Of course, my confidence is better. The transfer window is behind me. I’m a Chelsea player, I’m happy here again and that’s the most important thing.’