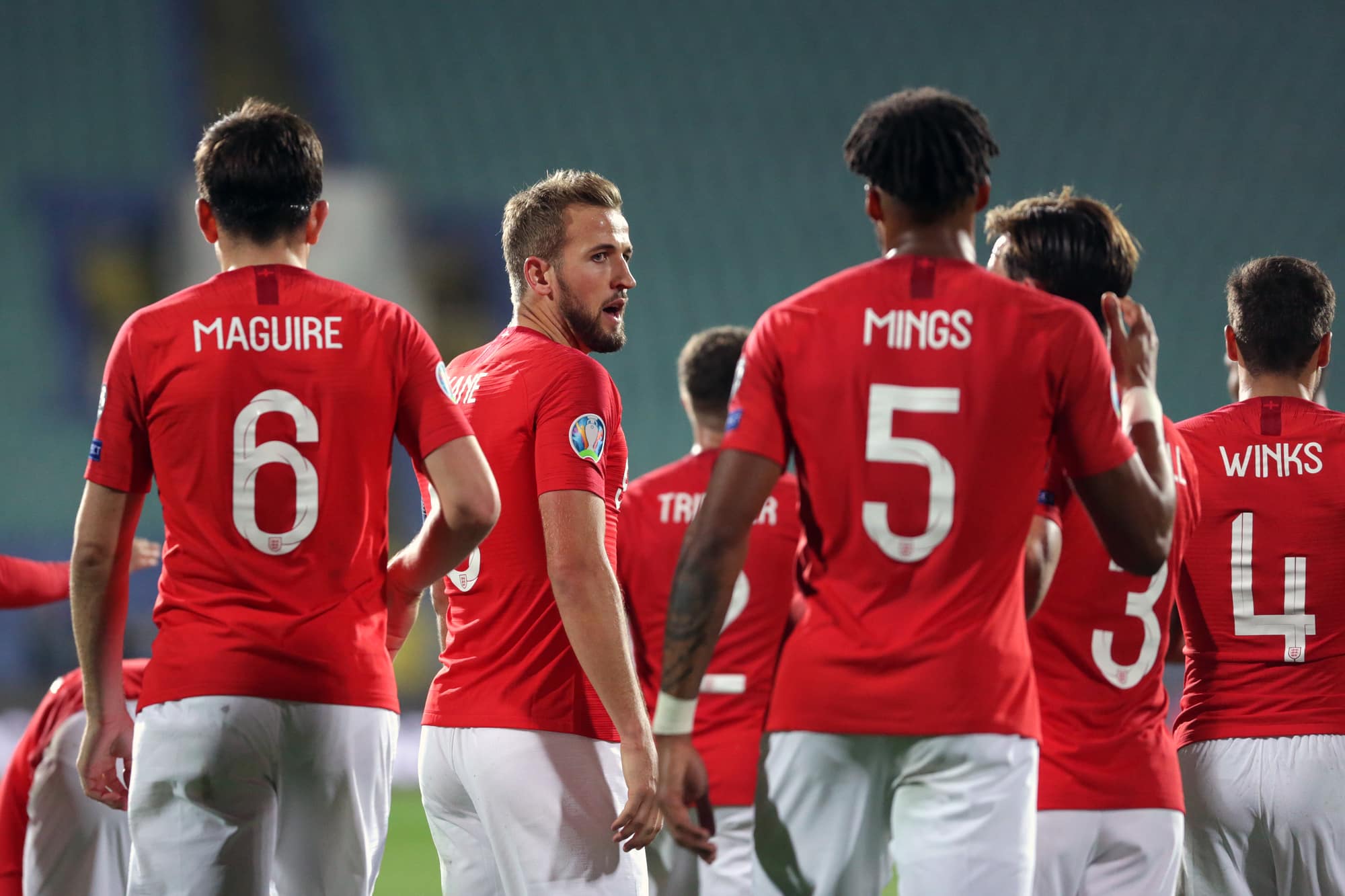 A late winner from Harry Maguire ensured 9 points for England from their three qualifying matches in the Group I cluster when they managed to squeeze past Poland 2-1 on Wednesday night.

Poland expectedly proved to be much tougher opponents than unfancied San Marino and Albania although the Three Lions were the more impressive side in the first half as they deservedly went into the lead when Harry Kane converted a penalty in the 34th minute following Michal Helik's challenge on Raheem Sterling.

But England were listless in the second period as a Poland without the injured Robert Lewandowski equalized on the back of a dreadful John Stones error when the defender gave away possession at the edge of the box allowing Jakub Moder to lash a shot past Nick Pope in the 58th minute.

Stones made amends for his error when he expertly headed a Phil Foden corner into the path of Maguire who drove powerfully past Wojciech Szczesny with just five minutes of the match to go.

While the Three Lions stormed to the top of the table with the Wembley win, Poland dropped to the fourth with 4 points, even below Hungary (7 points) and Albania (6 points).

Denmark raced to the top of the Group F cluster of the 2022 WC qualifiers as they put up a scintillating second half display to thrash Austria 0-4 away at Wien on Wednesday night.

After a subdued first half that saw Joakim Maehle going close for the Danes, the second half sprung to life with the introduction of Skov Olsen for Yussuf Poulsen in the 55th minute.

Olsen spent barely three minutes on the pitch to get his first goal of the night. Thomas Delaney careened free down the left flank and essayed a superbly angled pass to substitute player Andreas Olsen who made no mistake in smashing the ball into the net.

0-1 for Denmark in the 58th minute. Maehle doubled the visitors' advantage in the 63rd minute. Pierre-Emile Hojbjerg added a third off a spectacular assist from Martin Braithwaite who jumped over the ball in a race against keeper Alexander Schlager and let it run on untouched to the Tottenham midfileder who finished coolly just four minutes later.

Olsen got his second of the night and his side's fourth in the 73rd minute, when he latched on to a long ball, twisted inside the area before unleashing a lethal left-footer past Schlager.

The Danes who had crushed Moldova 8-0 on Sunday cruised to nine points after the Austrian win and what’s more is that they have scored 12 goals from their three Group outings without conceding once.

Austria are in the 4th with 4 points to their credit and are behind Scotland and Israel both of whom registered wins on Wednesday.

With Ian Baraclough still seeking a first win during 90 minutes of play after 11 outings as a coach, Northern Ireland quite expectedly settled for a disappointing 0-0 draw against an uninspiring Bulgaria at Belfast in a Group C fixture of the WC 2022 qualifiers.

The only significant attempts came from the hosts when Stuart Dallas's header in the first period struck the crossbar while Josh Magennis flashed another header just over the bar as the match petered goalless into the break.

Niall McGinn and Gavin Whyte went close to scoring post the interval. But the Bulgarians would have certainly earned a winner in injury time had not Bailey Peacock-Farrell pulled off a superlative diving save from a Dimitar Iliev header.

Northern Ireland and Bulgaria both earned their first point of the qualifying campaign but at 3rd and 4th are well below Group leader Italy's 9 points and Switzerland's six.

Other results from Tuesday, 30 March games

Other results from Wednesday, 31 March games