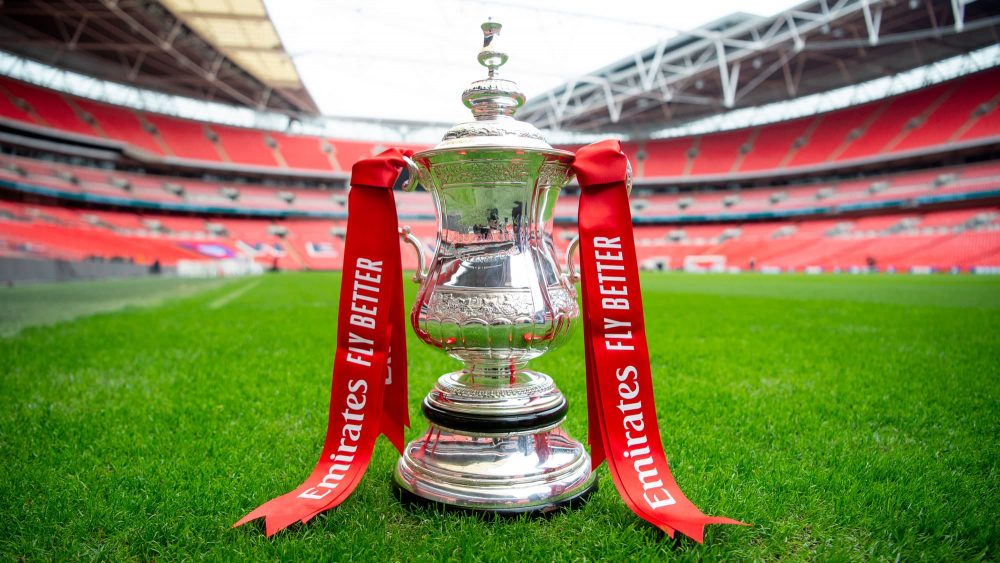 Manchester United came up with a late winner to beat a valiant 10-man Norwich City on Saturday evening to reach the FA Cup semi-finals.

The Red Devils opened the scoring when Odion Ighalo's flicked effort with the outside of his boot found the back of the Norwich net in the 51st minute.

Todd Cantwell drew parity in the 75th minute for the hosts at Carrow Road, blasting in a low swerving shot from 25 yards that beat goalie Sergio Romero all ends up.

Norwich were threatening post the equalizer and looked the side more likely to score but a red-card dismissal of substitute Timm Klose in the 89th minute for pulling back Ighalo stole the momentum away from the hosts.

United were all over a 10-man Norwich in extra-time and it was only goalkeeper Tim Krul's heroics that kept out attempts from Paul Pogba, Mason Greenwood and Marcus Rashford.

United defender Harry Maguire broke the deadlock with only 2 minutes to go. Maguire, who had one of his headers clawed off by Krul minutes earlier, made no mistake this time, reacting sharply to turn in the loose ball at the far post.

Dani Ceballos' 91st-minute winner took Arsenal to the FA Cup semi-finals in a patchy encounter at Bramall Lane on Sunday.

The Gunners went into the lead when Nicolas Pepe  slotted home a penalty in the 25th minute after Alexandre Lacazette had been fouled in the box by Chris Basham.

Earlier Sheffield's John Lundstram's close-range header was disallowed following a corner because the midfielder was declared offside by VAR.

The hosts had a another effort ruled out in the second half when John Egan poked the ball in after David McGoldrick was found straying beyond the last defender.

McGoldrick was again in action when he stabbed in Sheffield's equalizer only three minutes before the final whistle.

Arsenal were on the back foot for most of the second half and just when the match seemed to be heading into extra-time with 1-1 on the scoreboard, Dani Ceballos settled the issue for Mikel Arteta's side.

The 23-year old Spaniard coming in for Joe Willock in the 67th minute, picked up the loose ball and calmly essayed a low shot under Blades goalie Dean Henderson to send his side to Wembley for a semi-final showdown with Manchester City.

Chelsea survived a sloppy defensive show in the first half to turn the tide after interval through Ross Barkley's winner that sent the Blues into the FA Cup semi-final.

Leicester talisman Jamie Vardy failed to converted a golden opportunity when his left footer slid past the far post with Willy Caballero beaten.

The Foxes could have in fact gone ahead inside 30 seconds of play when Harvey Barnes had stolen possession before driving towards the area after a neat interchange with Vardy but was unable to capitalize on a one-on-one with Caballero.

Wilfred Ndidi took advantage of some callous Chelsea midfield play, relaying the ball off to Barnes on the left.

However, his cross intended for Vardy was pushed away by the outstretched hand of Caballero.

Lampard made three substitutions for the second half in the form of Cesar Azpilicueta, Barkley and Pedro which changed the tide of the game in favour of the visitors to the King Power.

Barkley, who was on target in the 2-0 win against Liverpool in the last round, scored the winner when he reacted to get in just ahead of Foxes defender Jonny Evans and sweep Willian's well-directed cross past Kasper Schmeichel.

Brendan Rodgers' Foxes without the injured James Maddison, looked out of sorts till then but applied late pressure on the Chelsea goal.

Defender Caglar Soyuncu was frustrated late on when his header struck Azpilicueta within a few feet from the near post and flew over.

Chelsea have had an impressive re-start to the Premier League season, notching up a win against Aston Villa and registering a critical victory at home over Manchester City.

Those results have kept them in strong contention for a top-four finish and top that with the FA Cup semi-final entry.

Pep Guardiola's Manchester City put up a dominant display to edge past hosts Newcastle 0-2 in a FA Cup quarter-final clash at St.James Park.

After wasting countless good opportunities to go ahead, City opened the scoring from a penalty when Kevin de Bruyne slotted past Karl Darlow following Fabian Schar's needless push on Gabriel Jesus inside the box.

Newcastle coach Steve Bruce adopted a 4-1-3-2 formation after the break with defender Schar in a holding position and while that got them further up the pitch, it afforded more space for City to exploit.

Dwight Gayle had Newcastle's best chance but he somehow managed to sky over an empty goal from six yards from Allan Saint-Maximin's low cross.

Two minutes later, Raheem Sterling raced down the other end and slotted into the bottom corner with an exquisite curling finish for his 22nd goal of the season to make it 0-2 for the visitors in the 68th minute.

City now take on Arsenal in a semi-final showdown at Wembley in mid-July.