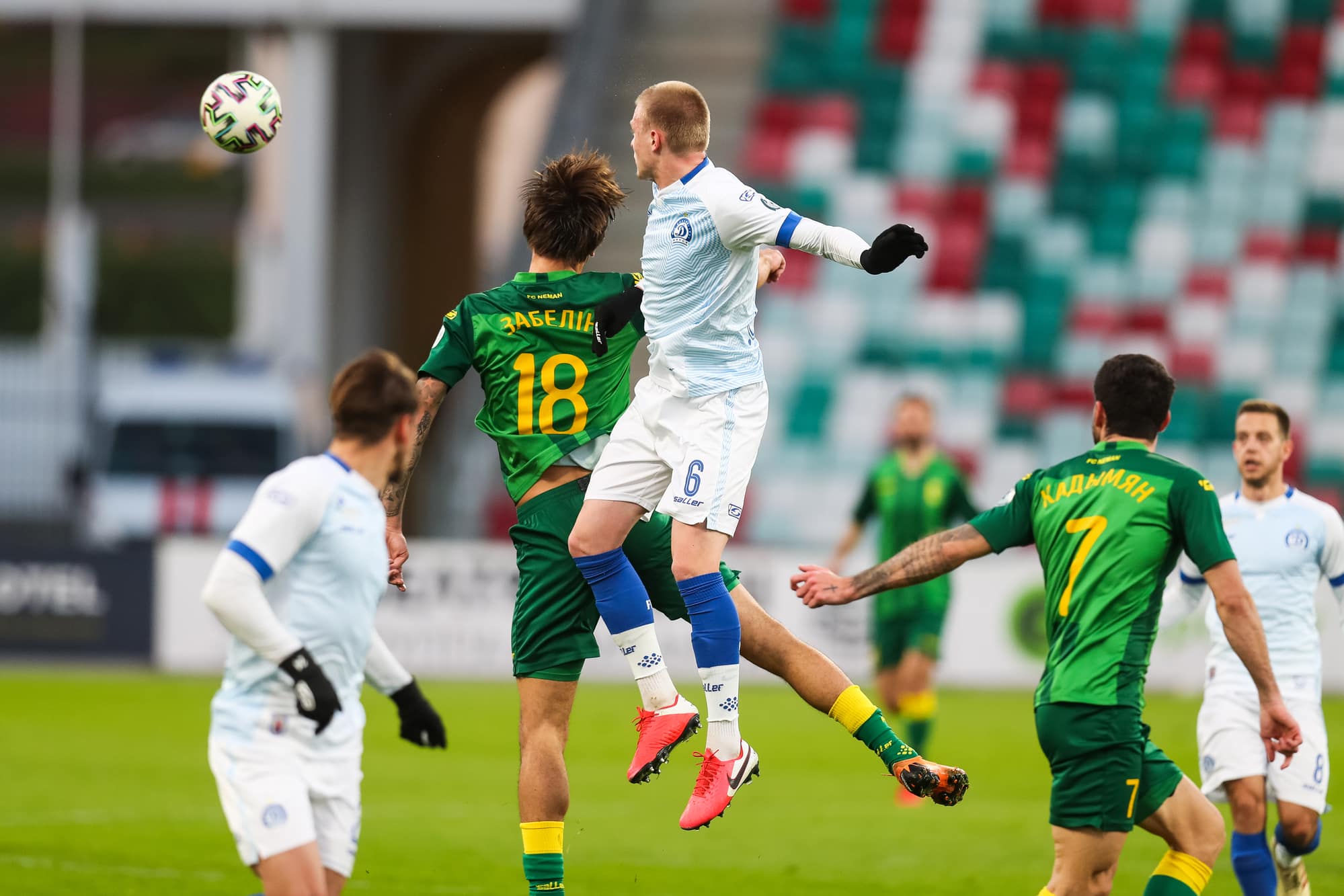 A slightly struggling Dinamo Minsk host FC Slutsk on Saturday the May 2nd at Stadyen Dynama for a 7th round Belarus Premier League (BPL) clash. Slutsk who finished in the bottom half of the 2019 BPL table are currently at the top, leading other teams in points, having won four of their 6 League outings so far.

Comparatively Dinamo Minsk have fared poorly, winning just 3 and losing 3 from an equal number of games – which is why Saturday's hosts find themselves on the 9th spot and 4 points clear away from their weekend rivals on the BPL table.

After three defeats from their initial 4 fixtures, Dinamo have found their winning ways with two consecutive wins – a 2-0 over Neman Grodno and a 1-3 away over Smolevichy-STI.

Dinamo's bad beginning to the season prompted the management to sack coach Sergey Gurenko and replace him with Leonid Kuchuk.  Kuchuk's tenure started brightly with the win over Smolevichi last Friday.

In Dinamo's win over Smolvechi, a brace from Ivan Bakhar and a penalty conversion from Evgeni Shikavka did the trick. Igor Shitov,33, and the captain of the side returned to Friday's game, his first of the season after an injury hiatus.

The right back's return should give his side a huge boost going into Saturday's home clash.

Brazilian winger Danilo returns from suspension off the bench to give more teeth to the hosts' attack.

Center-forward Evgeni Shikavka is another player to watch out for. With four goals and an assist in his last three league starts, the 27-year old is forming a deadly partnership with Ivan Bakhar upfront.

As for Slutsk, Vitali Pavlov's side have just emerged from a fighting 3-2 win against Belshina – a game in which they came back from being 1-2 behind. Centre back Denis Obrazov is available after suspension and will jostle with Soslan Takulov for a starting spot. Left back Aleksandr Anyukevich continued in the starting side.

Artem Serdyuk who is Slutsk’s highest scorer this season with three goals to his credit already, could be partnered by Abdoul Gafar for the strikers' roles. But Nigerian Umar Muhammed Bala who is the team's joint top-scorer with Serdyuk could very well upstage Gafar upfront.

Despite coach Vitali Pavlov's side leading the table, Dinamo Minsk have a huge historical advantage of 10-2 over Slutsk from their 15 encounters. Dinamo have won four of their last five home matches against Slutsk and have won by 2+ goals in three of their last four Belarusian Premier League matches.

Dinamo may have turned a corner under new manager Kuchuk. They have plenty of talent, especially in the attack with the partnership between Shikavka and Bakhar beginning to blossom.

Slutsk have failed to keep a clean sheet in their last seven league matches having conceded in every one of them. They were exposed defensively against lowly Belshina last time out and have to tighten up at the back. But given their current good run of form, a very exciting match could be on the cards.

Slutsk have seen over 2.5 goals in their last three away matches and six of their last eight matches in the Belarusian Premier League. So chances of over 2.5 goals and both sides to score are pretty high. UK bookmakers are wagering heavily on a win for the hosts as the odds below would suggest.