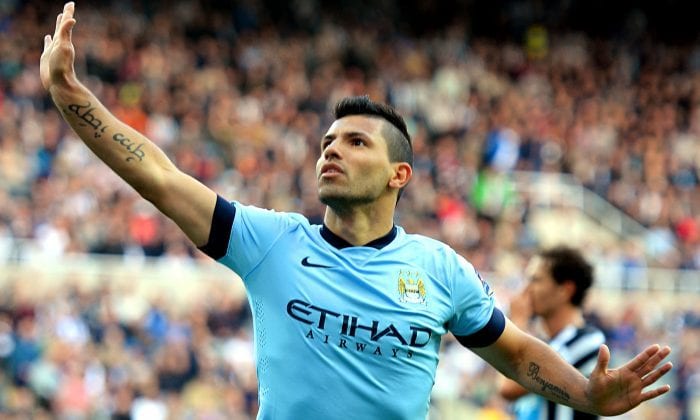 Entering into Borussia Park on Wednesday evening, Manchester City will be the more confident of the two teams. City are in a comfortable 2nd place in the Group C cluster with 7 points, three clear points ahead of Borussia Monchengladbach. A whopping 4-0 win in the 1st leg at the Etihad in October provides a big cushion for Pep Guardiola's boys going into November 23rd's clash.

For Gladbach, defensive midfielder Christoph Kramer who's out on a one-match suspension should be back at Borussia Park on Wednesday. Mahmoud Dahoud, the 20-year old Syrian born attacking midfielder is expected to return from an injury spell. To give Kramer assistance at the back will be Tobias Strobl, who too can double up as a midfielder. Still out of action with a torn muscle is the dependable Alvaro Domínguez who plays in a central back position.

For Manchester City, Sergio Aguero would want to continue where he left off (a hat-trick in the 1st leg). Along with the likes of Sterling, David Silva and De Bruyne to assist him, the Gladbach goal will probably come under a lot of pressure. Kelechi Iheanacho, the 20-year old Nigerian striker could also get more playing time considering the fact that this is not a very high-pressure match for City.

As far as recent form goes, Man City are in the 3rd spot of the Premier League table and just two points behind League leaders, Liverpool, at 24. Borussia Monchengladbach, by contrast, are going through a difficult phase in the 2016-17 Bundesliga season. They are in the bottom-half of the table in the 11th spot with just 12 points from their 10 games. They have conceded as many as 15 goals which is less only than the bottom four teams of the Bundesliga.

Manchester City have won on all of the three times these two teams have met so far. This includes two home matches and one away. The last time City visited Borussia-Park in 2015, they won 1-2.

Bookmakers are not expecting anything different this time. Even in event of a shock result for City, it should be status quo on the points table. The host will not just have to win, but by a six-goal margin if they are to displace City from the 2nd spot.

So, it looks like Pep Guardiola's men all the way at Borussia Park.