Home Bookmakers Odds Released on Whether Trump Will Be Kicked Off Twitter Before 2022
1. 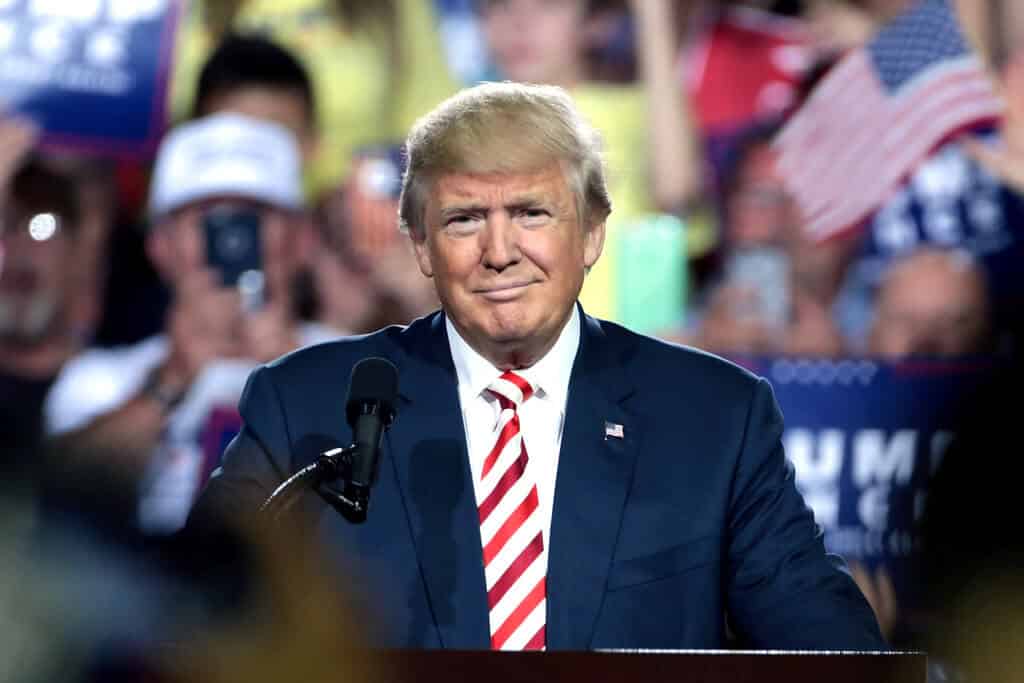 For the first time ever, Twitter has labeled a tweet as ‘manipulated media’– a video of Joe Biden seemingly endorsing Donald Trump.

The tweet was retweeted by the President himself. Is this move enough to get booted from Twitter?
See some of Trump’s worst tweets and odds on if he’ll actually get kicked off the social media platform

In the world of politics, nothing should surprise us anymore, but then it does. This week’s political news landscape is a busy bustle. Most recently, Twitter’s big reveal about a White House tweet is a first, though.

Considering Biden is in the running to compete against Trump in the current presidential election, something didn’t seem right. Turns out, no surprise, the video was edited. For the first time ever, Twitter has labeled a tweet as manipulated media.

Once again, we face the age-old question: is this enough to get Trump banned from Twitter?

Odds on Whether Trump Will Be Kicked Off Twitter Before 2022

For any of you living in a cave until now, this is not the first time Trump has been in hot water with social media. Trump’s long-standing history on Twitter has been a constant game of rants, stream-of-consciousness outrage, and honing in on people to let them know how he really feels about them.

“@realDonaldTrump: I would like to extend my best wishes to all, even the haters and losers, on this special date, September 11th.”

Some folks seem to love Trump’s transparency in how he feels while others feel a President shouldn’t behave in such a way. Regardless, this is one of those cases where Trump should have thought before he tweeted because now his account is potentially in jeopardy.

The Trouble With Biden

The Trump-Biden relationship is already a shaky one, at best. Trump’s whole impeachment hearings surrounded the belief that Trump asked for outsiders in Russia to do digging around Biden family business.

It's freezing and snowing in New York–we need global warming!

Now, as we get closer and closer to the upcoming election, the decision for Trump to tweet this chopped and remixed video of Biden giving Trump his endorsement seems confusing and strange. Perhaps the President thought it was real. Perhaps he thought it was funny. Who knows.

Regardless, the retweet may have been an innocent click of the finger for Trump but he gave exposure of that tweet to the 6.7 million followers who then watched it. Twitter is taking this seriously.

Crazy Joe Biden is trying to act like a tough guy. Actually, he is weak, both mentally and physically, and yet he threatens me, for the second time, with physical assault. He doesn’t know me, but he would go down fast and hard, crying all the way. Don’t threaten people Joe!

Ah, yes. From “covfefe” to the questioning of Barack Obama’s birth certificate, Trump’s Twitter has been a popcorn-worthy binge-fest for years.

An ‘extremely credible source' has called my office and told me that @BarackObama‘s birth certificate is a fraud.

Some find him bold, others say he’s off base. Regardless of what your opinion is, Trump’s Twitter account is a well-known reference point and has been for the past decade.

He uses the platform regularly enough for it to be a source for media and civilians alike to know what’s going on in the White House, or at least in his brain.

Twitter has let Trump stay on Twitter despite a public outcry in the past that he needs to be banned. But that isn’t to say others haven’t been banned before.

.@ariannahuff is unattractive both inside and out. I fully understand why her former husband left her for a man- he made a good decision.

Twitter has banned others in the past for various reasons. Tila Tequila’s neo-Naziism had her account permanently banned in 2016. Notable investor Martin Shkreli was banned for sexual harassment the following year. Dozens of others have been banned for similar reasons.

But Trump’s been free to continue posting so far. In 2017, when a public outcry asked Twitter to remove him, they gave a firm no, claiming his tweets to be “newsworthy.” Chances are that opinion will be his saving grace, even in the face of this scandal.

The post Odds Released on Whether Trump Will Be Kicked Off Twitter Before 2022 appeared first on Sports Betting Dime.