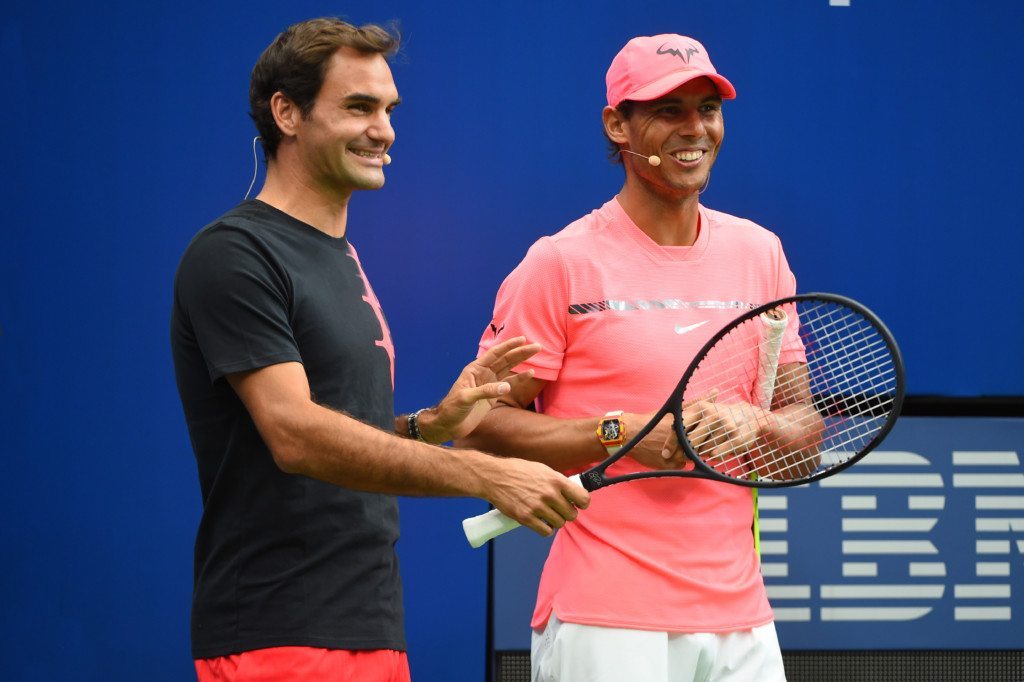 Roger Federer (7/2 Tournament Outright) is “excited” to face long-term rival Rafael Nadal in the Wimbledon semi-finals after the duo overcame Kei Nishikori and Sam Querrey in their respective last-eight matches.

Federer, who is chasing his ninth title on the grass courts at the All England Club, was forced to come from behind in his encounter against Japan’s Nishikori on Court One.

The 37-year-old second seed had lost to Nishikori in their most recent meeting at the 2018 ATP Finals in London, and the Swiss made a slow start to their encounter when losing the first set.

But Federer responded emphatically with two breaks of serve as he wrapped up the second set in just 23 minutes, before he went on to clinch his 100th match win at Wimbledon by a scoreline of 4-6 6-1 6-4 6-4.

The 20-time Grand Slam winner is the oldest man to reach the semi-final of a major since Jimmy Connors at the US Open in 1991.

And, looking forward to the 45th Grand Slam semi-final of his career against old adversary, Nadal, Federer is relishing the prospect of facing the Spaniard on his favoured grass surface having lost to the Spaniard on his preferred clay in the last-four at last month’s French Open.

The Swiss said: “We have a lot of information on Rafa, as does he on us. So you can dive in to the tactics like mad for two days or you say it’s grass court tennis so I’m going to come out and play my tennis.

“People always hype it up. It was a joy to play against Rafa on his court at the French Open and it would be if I have to play him here at Wimbledon. I’d be very excited to play him here.”

Nadal later managed a straight-sets victory in his tie against 31-year-old American, Querrey, but was forced to scrap all the way to win the opening set on Centre Court.

Djokovic (4/6 Tournament Outright) said: “He started well. He was dictating the play from the baseline.

“Things could have gone a different way – who knows what the match would have looked like if I had lost the first set – but I was very pleased with the second and third.”