Watford take on Arsenal at Vicarage Road on Sunday without a win in the Premier League though they do have Quique Sanchez Flores at the helm once more.

Watford will be hoping that their new manager can have an immediate impact when they entertain Arsenal in Sunday’s televised Premier League clash at Vicarage Road but will be wary of their opponents who have started the season strongly.

Quique Sanchez Flores is back at The Hornets following the departure of Javi Gracia and, as a man who boasted a decent record the last time he was in charge of the club, Watford fans will be hoping for a first win of the season at the weekend with their 11th manager in just over eight years at the helm.

The 54-year-old guided the Hornets to a comfortable mid-table finish during the 2015/16 season in the club’s first campaign back in the Premier League before enjoying a reasonably successful spell with Espanyol and then moving to China.

Watford currently sit bottom of the Premier League table with just one point from four games following a hard-fought draw with Newcastle last time out, though they did taste their first victory of the season against Coventry in. the League Cup so it’s easy to see why they are 3.65* to take the spoils here. 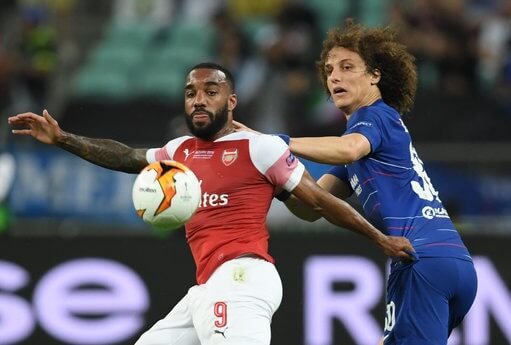 ALEXANDRE LACAZETTE TO SCORE ANYTIME FOR  VERSUS WATFORD AT 2.25*

As for Arsenal, they slipped out of the top-four places ahead of the international break but they have a chance of getting back amongst the Champions League spots with a win over a team they traditionally do well against with the North London side winning 10 of the 12 Premier League meetings between the two to date including two victories last season.

The Gunners began the campaign strongly by beating Newcastle and Burnley and even after a disappointing 3-1 loss at Liverpool responded well by coming from two-goals down to draw 2-2 with Tottenham and are understandably favourites to take all three points here at 1.95* so the goalscoring market might provide better value.

Both are 2.25* to score anytime at Vicarage Road on Sunday and against a team who they have never kept a clean sheet against in the Premier League there is every likelihood that at least one of these in-form frontmen will find the net at some point on Sunday afternoon.