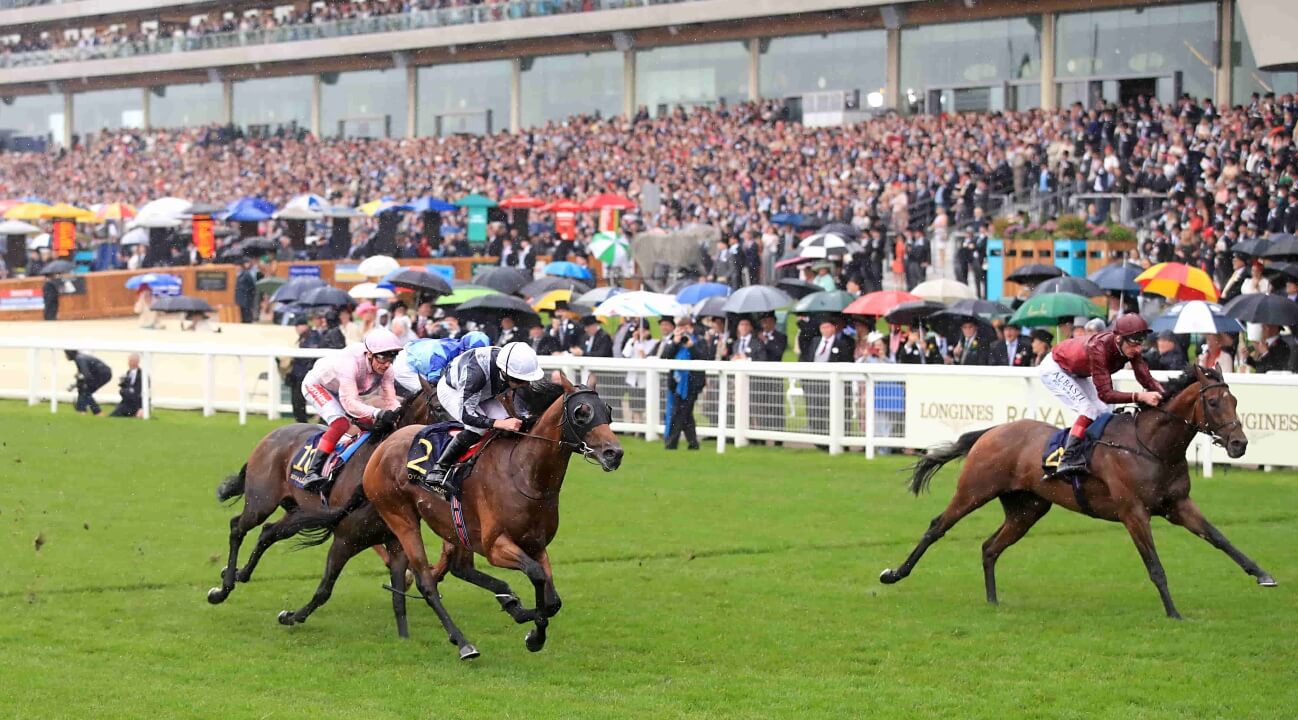 It’s a big day for all the team involved with Stadivarius as our yard’s star stayer bids to win the Gold Cup for a second time at 4.20pm.

The boss, John Gosden, has overseen this superb horse’s transformation into a champion, so much so that as I’ve said before in my FansBet blog, he’s a real people’s horse nowadays.

Two years ago Stradivarius was brave when taking the Queen’s Vase here by a neck, since when he’s gone on to triumph three times at the very highest level, including this race 12 months ago when he was game as a pebble to see off Vazirabad.

You can argue this will be his stiffest test, with rain softened ground posing a question for him as well as the high calibre opposition, likeable, improving horses such as Dee Ex Bee and Cross Counter.

That said, Stradivarius did win here at Ascot on Soft going in the Group 2 Long Distance Cup back in October, plus he has his remarkable consistency on his side.

Fingers crossed Frankie can get him home in front again, especially as he is my Racing Welfare charity bet for today.

£100 of FansBet’s cash on the nose to try and raise some funds for this excellent cause.

It’s also a busy day in the saddle for yours truly, with two rides at Ascot before shooting off for one at Lingfield in the evening.

I start off with Shambolic in the Ribblesdale Stakes at 3.40pm, one of four runners for our yard in this mile and a half fillies’ Group 2.

Rated 100, she’s a former course winner at Ascot who was a fair second in the Height Of Fashion Stakes at Goodwood last time out.

This step up in distance is what she looks like she needs at this stage of her career.

My concern would be the ground. She’s by Shamardal and when she ran on a looser surface in France last year she hated it.

Hopefully she can do better this time, but either way Aidan O’Brien’s Fleeting is very much the one to beat. She came from nearly last to finish with a rattle to be third in the Oaks, a seriously impressive display, and the fact she’s been supplemented has to be a clue.

After all, the same trainer had a big win here on Tuesday with Circus Maximus, for whom connections paid the supplementary entry fee.

My other Royal Ascot ride on day three is Beatboxer in the 30-runner Britannia Stakes at 5.00pm.

Put simply, if he handles the ground he has to have a great each way chance.

I’ve been lucky enough to ride him twice and win on him on both occasions, the most recent of which was last time out at Haydock Park, for which the handicapper gave him seven pounds extra, elevating him to the mark of 102 off which he runs here.

He’s by Scat Daddy so the rain isn’t an obvious plus, but if it dries out a little bit then hopefully he’ll handle it and have a decent shout.